Holiness, Justice and Reaching Out to Others 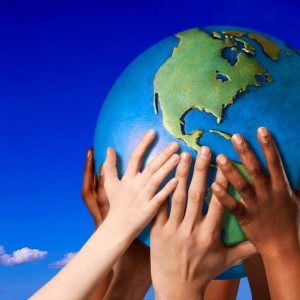 What can this week’s parasha, and the Torah as a whole, teach us about reaching out to others and drawing them close?

The Torah then describes instructions for becoming a people of the covenant. But what does that mean exactly? To better understand, we’ll need to dig deeper into the Torah.

So, again, what is the purpose of these seemingly juxtaposed mitzvot? Mishpatim provides an important insight into Judaism, and into Biblical thought: To G-d, there is no separate realm between ritual and spiritual matters (unlike within Western thought which separates the two). All areas of life are intertwined and holiness potentially binds them together. According to the Torah, concern for justice is a concern for the Holy.

Holiness is not some mystical, esoteric state of being. Rather, it is a way of life and a pattern of action. To “do holiness” is to partner with G-d in bringing redemption into the world. For example: The Torah considers the treatment of strangers a matter of justice, and repeatedly calls us to stand up for the downtrodden. WHY?  Because every person is created b’tzelem Elohim – Created in the image of G-d (Genesis 1:26-27).

So what does this teach us about Outreach?

A Lesson from Avraham Avinu

One of the greatest examples of hospitality in the Torah is Avraham Avinu … our great Patriarch, Abraham.

Genesis 18:1-8 describes the story of “Abraham’s tent” and his welcoming of the three strangers. According to Jewish tradition, his tent was open on all sides, meaning it was open and welcoming to all. The rabbis are quick to point out that Avraham’s hospitality is not passive. He was looking for guests! And not only was he looking for guests … the Torah tells us that Avraham RAN to not only meet his guests … but he ran to meet their needs as well:

“(v. 6) Avraham hurried into the tent to Sarah, and said, ‘Quickly, three measures of the best flour. Knead it and make cakes!”

“(v. 7) Avraham ran to the herd, took a good, tender calf, and gave it to the servant who hurried to prepare it.”

According to the Talmud, hospitality is a great mitzvah. It is considered more important to show hospitality than to attend classes or to greet HaShem in prayer (b. Shabbat 127a).

A young person once visited the famous teacher known as the Chofetz Chaim. The guest had arrived at the synagogue just as Shabbat had begun after having been on the road for many long hours. He was hungry and very weak from having walked so far. After the service he was invited to the home of the Chofetz Chaim for Shabbos dinner, who noticed how weak and hungry his young guest was.

To the surprise of all his guests, the famous Chofetz Chaim skipped singing Shalom Aleichem (a prayer where we welcome the angels) and after quickly reciting Kiddush and HaMotzi began to eat.

“Why did you skip singing Shalom Aleichem,’ the young man asked his host. The Chofetz Chaim replied, “I could see that you were very weak and hungry. A hungry person should be fed as soon as possible. The angles can wait to be greeted.”

Yeshua commands us to “make talmidim” (Matttew 28:16-20). One of the roles of a talmid, according to Jewish thought, is to make other talmidim for their Rebbe.

In Luke’s version of this event, Yeshua tells his followers he is to begin in Jerusalem and then go out to the nations. They are to continue the work first among our own people, and then spread the message to the rest of the world.

In continuing that commitment, I feel it is vital to step-up our efforts at attracting other like-minded individuals and families to our communities. But we need new and creative ideas for how to reach out to,  and bring-in other Jewish and intermarried people. It’s time for fresh, out of the box thinking.

I might not have all the answers for how to do that, but what I do know, is that it must begin with recognizing justice and the way we treat others as an extension of holiness. Like Avraham, we need to run to greet those we feel would be a welcome addition to our congregation and to our movement … and draw them near to our Messiah.

I'm a Rabbi, writer, thinker, mountain biker, father and husband ... not necessarily in that order. According to my wife, however, I'm just a big nerd. I have degrees in dead languages and ancient stuff. I have studied in various Jewish institutions, including an Orthodox yeshiva in Europe. I get in trouble for making friends with perfect strangers, and for standing on chairs to sing during Shabbos dinner. In addition to being the Senior Rabbi of Simchat Yisrael Messianic Synagogue in West Haven, CT, I write regularly for several publications and speak widely in congregations and conferences. My wife is a Southern-fried Jewish Beltway bandit and a smokin' hot human rights attorney... and please don’t take offense if I dump Tabasco sauce on your cooking.
View all posts by Rabbi Joshua →
This entry was posted in Uncategorized and tagged community, holiness, Outreach, social justice. Bookmark the permalink.

1 Response to Holiness, Justice and Reaching Out to Others