Rebellion and Selfishness … or a Message of Hope? 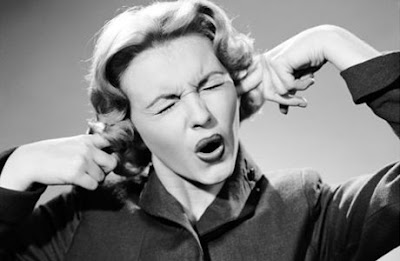 This week’s parasha begins with an outright rebellion against Moses and Aaron. So what do we learn from this?

Korach, a first cousin of Moses (and also a Levite), and those with him are presented in the parasha as having selfish motivations for their rebellion, as exemplified in their accusation:

“You take too much upon yourselves! After all, the entire community is holy … So why do you exalt yourselves above HaShem’s community?” (Numbers 16:3)

It seems Korach felt he could do a better job leading the people of Israel than Moses and Aaron. So he set out to overthrow them, and usurp their authority by assembling a group of people to follow him.

In the end, Korach and his family were swallowed up by the earth, and the 250 people with him were consumed by fire. What is even more unbelievable is that the very next day the people started grumbling against Moses again – after just having witnessed the fate of Korach and those with him. So G-d sent a plague that ended up killing another 14,700 people in addition to those who died along with Korach.

We learn from Parashat Korach that G-d takes selfishness very seriously. Because whenever we think we can “do it better,” we need to be careful. There are times when it is true – maybe we can do it better. But the real question is our motivation. Is our motivation to do a great job? Or, is it a matter of a selfish ambition based on jealousy, insecurity, or rebelliousness?

“For by the grace given to me I say to everyone among you not to think of yourself more highly than you ought to think, but to think with sober judgment, each according to the measure of faith that G-d has assigned.” (Romans 12:3)

We are supposed to be confident in our abilities. But a mature confidence is not arrogance. Paul warns that we should never take ourselves too seriously. For if we do, and begin grumbling against those around us, we risk the fate of Korach.

To be clear, the message of Korach is not one of utter hopelessness. For interwoven in the story is also a message of redemption. Although Korach himself chose to rebel against G-d, Moses, and Aaron; his descendants chose to follow in the ways of HaShem. How do we know this? There are eleven Psalms all written by “the Sons of Korach.” As G-d so often does, He took a negative experience and turned it into a story of hope.

The descendants of Korach deliberately chose not to walk in the ways of their ancestor. Rather, they took upon themselves the burden to walk in the ways of HaShem. We are instructed elsewhere in the Torah to be holy just as G-d is holy. Holiness is a choice. We can either choose our own selfish ambitions, or we can be like the sons of Korach, and (despite any negative reputation and associations) choose righteousness, holiness, and the way of our Messiah. I hope we choose wisely.

I'm a Rabbi, writer, thinker, mountain biker, father and husband ... not necessarily in that order. According to my wife, however, I'm just a big nerd. I have degrees in dead languages and ancient stuff. I have studied in various Jewish institutions, including an Orthodox yeshiva in Europe. I get in trouble for making friends with perfect strangers, and for standing on chairs to sing during Shabbos dinner. In addition to being the Senior Rabbi of Beth Emunah Messianic Synagogue in Agoura Hills, CA, I write regularly for several publications and speak widely in congregations and conferences. My wife is a Southern-fried Jewish Beltway bandit and a smokin' hot human rights attorney... and please don’t take offense if I dump Tabasco sauce on your cooking.
View all posts by Rabbi Joshua →
This entry was posted in Uncategorized and tagged Pieces of Parasha, Pride, torah. Bookmark the permalink.