A Stranger in a Foreign Land 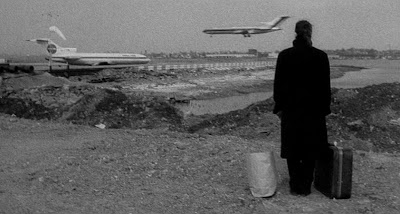 Shemot is the first Torah portion in the book of Exodus and contains the narrative of Moses’ early childhood, his flight to Midian, his encounter with the Divine, and his return to Egypt.

Early in the narrative, Moshe kills an Egyptian and flees to Midian. There he marries Tzippora and becomes an attendant to the flocks of his influential father-in-law, Jethro. These years of exile in Midian give us a glimpse into the character of Moshe while he is still “a work in progress.” We see a vulnerable Moshe, lacking confidence, unaware of his true potential, and clearly wrestling with his identity. Early in the parasha he is not yet the great leader of the Exodus from Egypt. This is most vividly portrayed in the birth of Moshe’s first-born son:

“Moshe was glad to stay with [Yitro], and he gave him his daughter Tzippora in marriage. She gave birth to a son, and he named him Gershom, declaring: ‘I have been a foreigner in a foreign land’ (Exodus 2:21-22).”

This verse reveals an identity crisis within Moshe. Although he was raised within the palace of Egypt, he was chased out after Pharaoh wanted to kill him. He was no longer a “Prince of Egypt.” Furthermore, Moshe did not yet fully identify with being a Hebrew, and was not recognized as being a Hebrew by his own people. For example, after attempting to break up a fight between two Hebrews, one of them lashed out against Moshe:

“Then he said, ‘Who made you a prince and a judge over us? Do you intend to kill me as you killed the Egyptian?’ (Exodus 2:14)

Not only does Moshe not identify with being Hebrew or Egyptian; but neither do either of the two Hebrews fighting against each other. Their response was basically, “Who do you think you are?” No one, especially a slave, would talk to a Prince of Egypt that way. They would be killed! By this point, Moshe is no longer perceived as being Hebrew or Egyptian. Even Pharaoh wanted to kill him. So what did Moshe do? He ran away! (see Exodus 2:15b)

But G-d clearly had a plan for Moshe in Midian. G-d never abandoned him during those sixty years. Rather, He was preparing him for his ultimate purpose in life. True leadership is developed. And often we must work through our insecurities to build the confidence that is truly necessary. How much more so with us? Like with Moshe, there is a deeper beckoning within our souls. G-d often has to exile us from our places of comfort in order to reach us. After all, it was in the dessert Moshe had a life-changing encounter with HaShem. And it was in the dessert Moshe was called back to his people, and to his role in bringing redemption to Israel.

I'm a Rabbi, writer, thinker, mountain biker, father and husband ... not necessarily in that order. According to my wife, however, I'm just a big nerd. I have degrees in dead languages and ancient stuff. I have studied in various Jewish institutions, including an Orthodox yeshiva in Europe. I get in trouble for making friends with perfect strangers, and for standing on chairs to sing during Shabbos dinner. In addition to being the Senior Rabbi of Beth Emunah Messianic Synagogue in Agoura Hills, CA, I write regularly for several publications and speak widely in congregations and conferences. My wife is a Southern-fried Jewish Beltway bandit and a smokin' hot human rights attorney... and please don’t take offense if I dump Tabasco sauce on your cooking.
View all posts by Rabbi Joshua →
This entry was posted in Uncategorized and tagged moses, Pieces of Parasha, Spirituality, torah. Bookmark the permalink.

1 Response to A Stranger in a Foreign Land