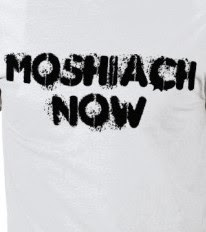 It can be said that everything written in the Torah concerns Mashiach. As such, how does this week’s Torah portion, Vayechi, reveal Mashiach?

Continuing on the themes from last week’s discussion, this week’s Torah portion reveals Mashiach in two primary ways – through our final glimpse of the life of Yosef, who the rabbis identify as a ‘type’ of Messiah (i.e. Mashiach ben Yosef – b. Sukkah 52b), and by tracing the lineage of Messiah through the tribe of Judah.

Yosef personifies Mashiach as one who was despised by his brothers, rejected, and left for dead. Yet despite his trials, was elevated to a position of authority and became the savior of a generation. When reconciled to his brothers, Yosef revealed himself to them, and in this week’s parasha states, “You meant to do me harm, but God meant it for good – so that it would come about, as it is today, with many people’s lives being saved (Gen. 50:20).”

Although Mashiach was despised by some around him, and treated with contempt and left for dead, his elevation through his resurrection has brought many people into ultimate redemption. And one day, Yeshua will reveal himself in all his glory to his people, and proclaim himself Mashiach.

The lineage of Mashiach

This week’s parasha also reveals Mashiach by tracing the Messianic lineage through the tribe of Judah:

“The scepter shall not pass from Yehudah, nor the ruler’s staff from between his feet, until he comes to whom obedience belongs; and it is he whom the peoples will obey (Gen. 49:10).”

The text can also be translated as “until Shiloh comes…” The term Shiloh has been understood within Jewish tradition as referring to Messiah. The Aramaic Targum Onkelos, followed by the famous commentator Rashi, render the text as “until the Messiah comes, to whom the kingdom belongs.” Likewise, another Aramaic Targum, Pseudo-Jonathan, paraphrases the verse as “until the time that King Messiah shall come.”

The Talmud also confirms that the term Shiloh refers to Mashiach:

“Rabbi Yochanan taught that the entire world was created for the sake of the Messiah. What is His name? The school of Shiloh taught that His name is Shiloh, as it is written, ‘Until Shiloh comes and it is He whom all the peoples will obey (b. Sanhedrin 98b).”

Yalkut Shemoni, a medieval anthology, on this verse states:

“He [the Messiah] is called by the name of Shiloh because all the nations are destined to bring gifts to Israel and to King Messiah, as it is written, ‘In that day shall the present be brought to the Lord of Hosts (Yalkut Shemoni 160).’”

The book of Hebrews reiterates, “Everyone knows that our Lord arose out of Yehudah … (Heb. 7:14).” We have the assurance that our hope in Messiah is based on solid understanding, embedded within a Jewish context. Our Messiah, who descended through Judah, will reveal himself once again, as Yosef did to his brothers, and declare himself Mashiach. And it is through him, that we all have assurance of ultimate redemption!