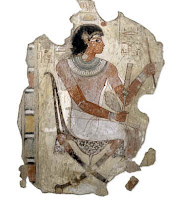 Redemption, divine mediation, and messianic hope. These are just a few of the themes gleaned from this week’s Torah portion. However, there are two particularly profound incidents that are worth exploring in greater depth – the emotional telling of Judah’s willingness to substitute himself for his brother, and of Joseph’s later revelation of himself to his brothers.

The rabbis teach us that everything in the Torah reveals Mashiach. This week’s parasha reveals Mashiach in two primary ways: through the life of Yosef, who the rabbis identify as a ‘type’ of Messiah (i.e. Mashiach ben Yosef – b. Sukkah 52b) and through the actions of Judah (through whom we later learn that the lineage of Messiah is passed through his tribe –see Gen. 49:10).

Yosef personifies Mashiach as one who was despised by his brothers, rejected, and left for dead. Yet despite his trials, was elevated to a position of authority and became the savior of a generation. In revealing himself to his brothers, Joseph states:

“Don’t be sad that you sold me into slavery here or angry at yourselves, because it was G-d who sent me ahead of you to preserve life (Gen. 45:5).”

Like Joseph, Mashiach was also despised by those around him, treated with contempt and left for dead. Yet, his elevation through his resurrection has also brought many people into ultimate redemption. And one day, Yeshua will reveal himself in all his glory to his people, and proclaim himself Mashiach.

This week’s parasha also reveals Mashiach through the substitutionary actions of Judah. In our portion, Judah pleads with Joseph to take himself prisoner instead of Benjamin. It was originally Judah who sold Joseph into slavery. As such, Judah’s sincere willingness to give up his life for his brother Benjamin’s proved his change of heart and caused Joseph to no longer be able to hide who he truly was. Because of Judah’s sincere willingness to be a substitute for his brother, we learn that he merited inclusion in the lineage of Messiah.

The book of Hebrews reiterates, “Everyone knows that our Lord arose out of Judah … (Heb. 7:14).” We have the assurance that our hope in Messiah is based on solid understanding, embedded within a Jewish context.

Our Messiah, who descended through Judah, will reveal himself once again, as Joseph did to his brothers, and declare himself Mashiach. And it is through him that we all have assurance of our ultimate redemption!

I'm a Rabbi, writer, thinker, mountain biker, father and husband ... not necessarily in that order. According to my wife, however, I'm just a big nerd. I have degrees in dead languages and ancient stuff. I have studied in various Jewish institutions, including an Orthodox yeshiva in Europe. I get in trouble for making friends with perfect strangers, and for standing on chairs to sing during Shabbos dinner. In addition to being the Senior Rabbi of Simchat Yisrael Messianic Synagogue in West Haven, CT, I write regularly for several publications and speak widely in congregations and conferences. My wife is a Southern-fried Jewish Beltway bandit and a smokin' hot human rights attorney... and please don’t take offense if I dump Tabasco sauce on your cooking.
View all posts by Rabbi Joshua →
This entry was posted in Uncategorized and tagged Apologetics, mashiach, Messiah, Pieces of Parasha, torah, What Your Rabbi Hasn't Told You, Yeshua. Bookmark the permalink.

7 Responses to Revealing Something Deeper