Why Do We Need Yeshua? 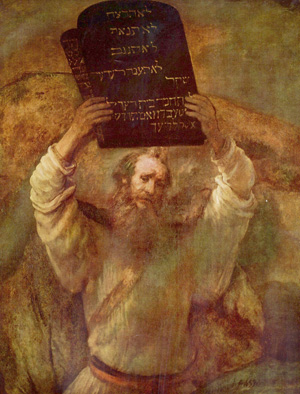 For those of us who take Jewish life seriously, value Judaism, affirm the continued covenantal election of the Jewish people, and affirm G-d’s continued work among our people, we are often confronted with an interesting question – Why Yeshua?

This is actually a very good question. And often it is not given justice. Especially when you consider the question as a religious Jew. After all, what do you do with those Jews who are faithful to G-d, pray regularly, study Torah, observe the mitzvot, and are part of the people who are still in a covenant relationship with HaShem??? Why do I need Yeshua? This question, at times, also enters the minds of committed Messianic Jews.

One of my best friends pointed much of this out in a commentary he previously wrote for First Fruits of Zion. Often we try to answer this question with a complicated and convoluted answer having something to do with the sacrificial system. However, this approach is one that your average person is actually ill-equipped to discuss.

Therefore, we must ask, is there a more practical way to answer to this question? This week’s Torah portion offers a much clearer and more direct answer:

Many Torah commentators have interpreted this only on the level of p’shat … the simplest, plain reading … to refer to Israel’s succession of post-Mosaic prophets.

However, when we view this prophecy in connection with the concluding words of the Torah: “And there has not arisen a prophet since in Israel like Moses, whom the Lord knew face to face” (34:10) this interpretation doesn’t seem to completely fit the context, and there seems to be more of an implicit hint that favors a more eschatological or messianic interpretation.

The key point is that G-d will raise up a prophet LIKE MOSHE!

The Samaritan Pentateuch, in its version of the Decalogue (Exodus 20), has a unique account of the giving of the Ten Utterances.

The Masoretic text reads, “So the people stood at a distance, while Moses approached the thick cloud where God was (Exodus 20:21).” However, in the Samaritan version it reads:

“And the people stood afar off, and Moses drew near unto the thick darkness where God [was]. And the LORD said to Moses to say: I heard what the people have said. All that they have spoken to you, they have spoken wisely. All that they have spoken let them put in their hearts so that they can keep my commandments all their days, so that it will be good to them and to their children forever. A Prophet I shall raise up for them from among their brothers, and I will place My words in his mouth to speak to them all that I’m commanding them. And it becomes that the man who will not listen to his words that are spoken in my name, will have to account for himself to me.”

The Samaritan Pentateuch includes the raising up of this Prophet into the giving of the Ten Commandments … assigning to this Prophet the role of Law Giver (who is solely identified with G-d).

Furthermore, there is also precedence within Rabbinic literature to read this passage as referring to Mashiach.

According to the Midrash (in Kohelet Rabbah):

“As the first redeemer was, so shall the latter redeemer be. [Both will be] ‘lowly and riding on a donkey (Zechariah 9:9)’” (Kohelet Rabbah 1:8).

One of the clearest messianic interpretations of Deuteronomy 18:15-19 and 34:9-10 however, appears in the works of a later medieval commentator Rabbi Levi Ben Gershom (known as the Ralbag). Commenting on Deuteronomy 34:10 he states:

“‘There will not arise a prophet like Moses who was a prophet in Israel only, but there will be a prophet from this people for the nations and this is the King Messiah, as it says in the Midrash (quoting Midrash Tanchuma Parashat Toledot), “Behold my servant will prosper” (Isaiah 52:13)—that he will be greater than Moses. And it is explained that the miracles he will do will be greater than Moses. Moses only brought Israel alone to the service of God may he be blessed with new miracles, and he (Messiah) will bring all the nations to serve God blessed is he. As it says, ‘Then will all the nations be turned to a pure speech, they will all call on the name of G-d.’ (Zeph. 3.9) This faith will come about due to the wondrous miracles that will be seen to all ends of the world by all the nations, and this is the resurrection of the dead.”

Lastly, the understanding of this passage from Deuteronomy as referring to Mashiach is also supported from the Brit Chadashah, as well.

In the Book of Acts, Peter addresses those who are around him on the Temple Mount:

18 But this is how God fulfilled what he had announced in advance, when he spoke through all the prophets, namely, that his Messiah was to die. 19 “Therefore, repent and turn to God, so that your sins may be erased; 20 so that times of refreshing may come from the Lord’s presence; and he may send the Messiah appointed in advance for you, that is, Yeshua. 21He has to remain in heaven until the time comes for restoring everything, as God said long ago, when he spoke through the holy prophets. 22 For Moshe himself said, ‘HASHEM will raise up for you a prophet like me from among your brothers. You are to listen to everything he tells you. 23Everyone who fails to listen to that prophet will be removed from the people and destroyed.’ 24Indeed, all the prophets announced these days, starting with Sh’mu’el and continuing through all who followed. (Acts 3:18-24)

Furthermore, the righteous martyr Stephen, in his trial before the Sanhedrin begins his defense by recounting Biblical history and pointing out how in his own time Moses was rejected by his people:

“This Moses, whom they rejected, saying, ‘Who made you a ruler and a judge?’—this man God sent as both ruler and redeemer…This is the Moses who said to the Israelites, ‘God will rise up for you a prophet like me from your brothers.’ This is the one who was in the congregation in the wilderness with the angel who spoke to him at Mount Sinai, and with our fathers. He received living oracles to give to us” (Acts 7:35-37).

Stephen continues with his rebuke:

“You stiff-necked people, uncircumcised in heart and ears, you always resist the Holy Spirit. As your fathers did, so do you. Which of the prophets did your fathers not persecute? And they killed those who announced beforehand the coming of the Righteous One, whom you have now betrayed and murdered” (Acts 7:51-52).

Stephen clearly connects the Righteous One—Yeshua, with the prophet like Moses (directly quoting Deut. 18:15). It appears that Stephan was quoting from a textual tradition of reading this passage Messianically.

It’s interesting to note that the term “mashiach” (literally “anointed one”) was a title designated for these three types of people. Just as Moshe held all three titles, so too will the prophet “like Moshe” hold all three titles.

We see the fulfillment of Moshe’s prophecy come to life when Phillip exclaims of Yeshua: “We’ve found the one that Moses wrote about in the Torah” (John 1:45; cf. 5:45).

So we ask ourselves again, why do we need Yeshua?

One way we might answer our modern-day objectors is to point directly to the Torah –  using Deuteronomy 18:15-19 to show that HaShem has raised up this Prophet who we are supposed to listen to, and Yeshua is the fulfillment of this prophecy.

If Moses was the agent for the giving of the Torah and the whole basis of faith than how much more so are we to believe in the coming Prophet like Moses of whom Moses foretold?

Furthermore, each one of our readings this week speak of the raising up of a Messianic figure … a Prophet like Moses in the Torah … the Suffering Servant (just after the Haftarah) … and Yeshua’s revelation of himself to his talmidim following his resurrection.

If you have been questioning, “Why Yeshua?” – maybe it’s time to take another look. If you have not seriously considered whether or not Yeshua is the Messiah – it’s time to look again!

Yeshua is indeed that Prophet who is not only like Moshe, but even greater than Moshe.

I'm a Rabbi, writer, thinker, mountain biker, father and husband ... not necessarily in that order. According to my wife, however, I'm just a big nerd. I have degrees in dead languages and ancient stuff. I have studied in various Jewish institutions, including an Orthodox yeshiva in Europe. I get in trouble for making friends with perfect strangers, and for standing on chairs to sing during Shabbos dinner. In addition to being the Senior Rabbi of Beth Emunah Messianic Synagogue in Agoura Hills, CA, I write regularly for several publications and speak widely in congregations and conferences. My wife is a Southern-fried Jewish Beltway bandit and a smokin' hot human rights attorney... and please don’t take offense if I dump Tabasco sauce on your cooking.
View all posts by Rabbi Joshua →
This entry was posted in Uncategorized and tagged Apologetics, Messiah, moses, Pieces of Parasha, torah, What Your Rabbi Hasn't Told You, Yeshua. Bookmark the permalink.

5 Responses to Why Do We Need Yeshua?