Organized Religion and a Zeal for God 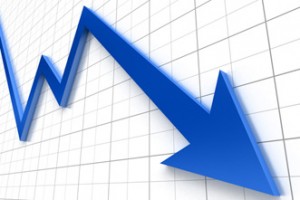 Did you know that organized religion continued to rank first in most years through 1985, outranking the military and the U.S. Supreme Court?

The confidence of Americans in organized religion began to change in the mid to late 80’s, when it fell below 60% for the first time. It has been in a consistent decline ever since.

One can also note the rise of large scandals and crimes associated with religious figures and institutions during this same time period, brought into a more public light through popular media.

A Healthy Dose of Skepticism

This may come as a surprise to some of you … but I am also sort of a skeptic of organized religion. I know … SHOCK … HORROR … And yet I am a rabbi. I am a bit of a skeptic because I know exactly how easy it is to use religion as a crutch … or to manipulate people … and how it can be used to take advantage of people in their most vulnerable times instead of being a positive force for change and assisting them on their spiritual journeys.

But it is also some of that skepticism that convinced me to become a rabbi. Because (a bit naively) I wanted to try to make a difference … and because I still believe that religion can have a positive role in our lives. My desire is to help re-infuse religion with the awe of the sacred … to renew that sense of “Wonder.” But to do so, we need to get our priorities back in order.

In many ways “spirituality” and “religion” got separated. We have all heard (possibly over and over again) the all too common response, “I’m just spiritual, not religious.” What people are implying is that “I feel connected to God, but not to all that binding legalism, manipulation, and control. “I’m a free thinker … and just want to seek out God in my own way.”

In my humble opinion, religion, and particularly Judaism, is failing our people … and failing the world. Although there are some great leaders and communities out there … we have largely lost our zeal.

Parashat Pinchas gives us a taste of that zeal.

Pinchas had a zeal both for HaShem and his people … a zeal which we must have as well. But how do we do that?

What is normally our Haftarah this week (1 Kings 19:9-21) provides an answer. Elijah, who was running to escape the wrath of Jezebel, flees to a cave where He has a powerful encounter with God, and God sends him back to confront his fear and to realize he is not alone.

Lessons from the Haftarah

From the Haftarah we learn three very important lessons:

Often we are like Elijah, and desire to run away from our problems. However, the lesson we learn over and over again from our Scriptures is that we must face and confront our fears! Like Elijah, if you try to run, don’t be surprised if God tells you to go back and face your fears.

Religion today has taken on a modern vs. an ancient approach to faith  – it largely focuses on emotion and does everything to “make you feel good” (it is soothing), verses actually enabling you to deal with the difficult tasks at hand. True faith is a faith that demands something of you!

Moses was also asked to go back to where he was exiled from. Yeshua said, “Pick up your cross and follow me.” In other words, pick up your tool of execution … and carry it … let it become your symbol of faith. You cannot be victorious when running in fear … and then make all kinds of excuses for doing so.

Each difficult task we face in life can lead to either victory or defeat. It is how we deal with life’s circumstances when they are thrown at us that will determine the outcome.

Another important message from 1 Kings is that you cannot do it alone. An important element of faith is to teach us how to get through the difficult bumps of life. We need support from one another … you are not supposed to do it alone.

When Elijah thought he was the only one left, HaShem reminded him that He had preserved 7,000 others who in their zeal for God have also refused to worship Ba’al.

God’s Pursuit of Us

We were created to be in relationship with our Creator. This is the essence of Judaism, according to Abraham Joshua Heschel. We need to rediscover that sense of awe and wonder in our lives. Because it is that relationship with God that gets us through life’s difficult circumstances.

When we think that we can exist apart from God we are only fooling ourselves. Our souls are longing to be fed, and yet we often ignore the hunger pains, and instead try to soothe them through other temporal means.

We are constantly bombarded on the path of life … we need others … we need a vehicle for HOW TO confront our fears … how to learn to face what scares us and hurts us the most. When we feel a desire to pursue our spiritual journeys alone, Judaism teaches us that we actually need each other, and that we need to be interconnected to each other for support.

Although we can encounter God anywhere, and at anytime, religion is is the vehicle for encountering God – in and through each other. This is what religion has largely lost. It has lost its zeal which Pinchas and Elijah are praised for … a zealous pursuit of God and the well-being of each other. Organized religion has largely become a soothing mechanism to make you feel good about yourself rather than equipping you to face life’s difficult challenges. It has become a faith which no longer demands anything. Therefore, it has also largely lost its ability to become a conduit for a radical, life-changing encounter with God.

Is it any wonder why so many Americans have lost faith in organized religion?

Parashat Pinchas teaches us that it is time to once again be zealous. Especially in a world that no longer think it needs God anymore. It is time to rise up and be zealous, but with a zeal that comes from love, rather than false pride or judgmentalism. True love. For as Yeshua stated, they will recognize us by our love.

I'm a Rabbi, writer, thinker, mountain biker, father and husband ... not necessarily in that order. According to my wife, however, I'm just a big nerd. I have degrees in dead languages and ancient stuff. I have studied in various Jewish institutions, including an Orthodox yeshiva in Europe. I get in trouble for making friends with perfect strangers, and for standing on chairs to sing during Shabbos dinner. In addition to being the Senior Rabbi of Beth Emunah Messianic Synagogue in Agoura Hills, CA, I write regularly for several publications and speak widely in congregations and conferences. My wife is a Southern-fried Jewish Beltway bandit and a smokin' hot human rights attorney... and please don’t take offense if I dump Tabasco sauce on your cooking.
View all posts by Rabbi Joshua →
This entry was posted in Uncategorized and tagged organized religion, Pieces of Parasha, Pinchas, Religion, Spirituality, torah. Bookmark the permalink.