Pieces to a Scattered Puzzle 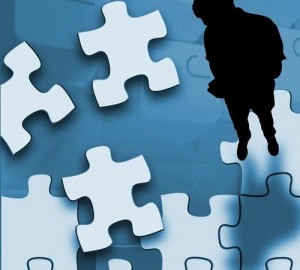 On the outset, this week’s Torah portion, Ki Tetze, seems to be just a condensed list of random instructions. It also seems to leave out familiar content found in most of the other portions in the Torah.

Ki Tetze lacks the familiar phrases of G-d instructing Moses to speak to the people of Israel. Additionally, it never even mentions Moses or his brother Aaron. Another peculiarity is that most of the Torah portions contain stories that bring together the different commandments, giving it a sense of continuity. However, Ki Tetze seems to be a spattering of a bunch of different mitzvot, without any kind of intertwined story. There seems to be a complete lack of any apparent order or theme.

To understand the purpose of Ki Tetze, one has to think about it as a puzzle. When one examines the different commandments on a deeper level, the mitzvot begin to exemplify a common thread that intertwines each of the commandments with one another. This common unifying thread isrelationships and forbidden unions. When one understands this theme, the portion begins to take on new meaning. What is the purpose of these seemingly unrelated mitzvot? The purpose is to instruct us in the proper and improper way to conduct ourselves with others.

Ki Tetze begins with mitzvot concerning the relationship of an Israelite man who wishes to marry a captive woman. It goes on to mention the instructions for a wayward son, and the obligation to extend goodness toward a fellow person: “You are not to watch your brother’s ox or sheep straying and behave as if you hadn’t seen it (Deut. 22:1).” Additionally, “If you find something they lost, you must not ignore it (22:3).”

The entire portion discusses rules of unions, and serves as a reminder of the importance of making sure a relationship is not “mixed,” or impure. As such, there are mitzvot that also serve as reminders to avoid impure relationships and unions. These are the laws of shatnetz, the mixing of species and threads (22:6-11), and the wearing of tzitzit (22:12), which serve as a reminder to observe all the mitzvot.

The remainder of the portion continues with instructions regarding relationships, and who can and cannot enter into the assembly of Israel. These commandments are meant to keep the community of Israel’s relationship with HaShem pure. Ki Tetze also deals with the mitzvot concerning those who have violated the instructions regarding relationships (punishments), or to clarify what to do to end a phase of a relationship, as exemplified by the laws concerning the giving of a get, a written document of divorce (24:1-4).

The point of Ki Tetze is relationships, and specifically how to conduct ourselves in relation to one another. This is the essence of holiness. For G-d takes this matter seriously. The Torah repeatedly instructs us on our relationships – both with G-d, and to others.

May we, with G-d’s help, merit that level of unity with each other and with our Creator. “Barcheinu Avinu, kulano k’echad – Bless us, our Father, all of us as one.”

L’Shana Tova Tikateivu – May you be inscribed for a sweet new year!

I'm a Rabbi, writer, thinker, mountain biker, father and husband ... not necessarily in that order. According to my wife, however, I'm just a big nerd. I have degrees in dead languages and ancient stuff. I have studied in various Jewish institutions, including an Orthodox yeshiva in Europe. I get in trouble for making friends with perfect strangers, and for standing on chairs to sing during Shabbos dinner. In addition to being the Senior Rabbi of Beth Emunah Messianic Synagogue in Agoura Hills, CA, I write regularly for several publications and speak widely in congregations and conferences. My wife is a Southern-fried Jewish Beltway bandit and a smokin' hot human rights attorney... and please don’t take offense if I dump Tabasco sauce on your cooking.
View all posts by Rabbi Joshua →
This entry was posted in Uncategorized and tagged Pieces of Parasha, relationships, torah. Bookmark the permalink.