Shavuot and the Book of Ruth 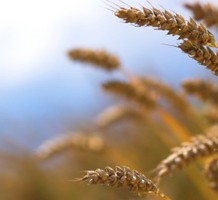 Saturday night, June 11th, begins the festival of Shavuot, also known as Pentecost. In Biblical times, Shavuot was the celebratory conclusion of the Barley harvest, which began during Passover, and the harvest of the wheat. That is why this harvest festival is also known as Chag HaKatzir (Festival of Harvesting) and Yom HaBikkurim (a day of First Fruits).

After the destruction of the Temple in 70 CE Shavuot became primarily identified with the giving of the Torah on Mt. Sinai, therefore Shavuot is also called Z’man matan Torateinu (the time of the giving of our Torah). The sages and mystics have taught that Shavuot is the moment when an eternal covenant – a sort of marriage – was made between HaShem and the Jewish people.

As Messianic Jews, Shavuot takes on additional meaning as it is also the context of Acts chapter 2, when the Ruach HaKodesh was poured out in a greater manifest way upon those gathered upon the Temple Mount. This experience parallels similar imagery and connections with the giving of the Torah on Mt. Sinai and Numbers 11 when the Spirit came upon Eldad, Medad and the seventy elders. All of this imagery is purposely interwoven to provide the background for Acts 2.

The Book of Ruth

It is traditional to read the Book of Ruth on Shavuot. There are several reasons the rabbis ordained that Ruth be read on this particular holiday. For one, it takes place during the counting of the Omer and Shavuot. Second, with the giving of the Torah Shavuot includes the Jewish people entering into a covenant with G-d. The book of Ruth describes how Ruth also entered into a covenant with G-d.

But there are a few other observations worth mentioning about Ruth, beginning with three prevalent themes:

Speaking specifically of the time period of the book – which was the period of the Judges (c. Iron Age – 1200-1050 BCE), the Talmud makes an interesting statement:

The period of the Judges was a very difficult time to be sure. However, the language here should remind us of a similar statement made by Yeshua:

“Why do you look at the splinter in your brother’s eye and pay no attention to the beam in your own eye? (Matthew 7:3)”

This is an interesting connection, especially since the Talmud is dealing specifically with the Book of Ruth.

Additionally, the Midrash on Ruth makes an interesting comment that supports not only the idea of Mashiach being like Moshe, but opens the door to the possibility of some sort of second appearance:

I believe Ruth, like much of the Tanakh, contains glimpses of Mashiach. Ruth particularly contains these glimpses. In fact, you could maybe even call these glimpses the “Gospel according to Ruth.”

We too live in a day when there is disorder and chaos – when our judges need to be judged. And our Messiah is also a redeeming figure who is central to the story just as Boaz (who is also referred to as a Go’el) is central to the story. And Mashiach will be the ultimate Go’el and bring about our ultimate redemption – individually, corporately, and cosmically.

As we celebrate Shavuot, let us remember and relive the giving of the Torah and let us also experience a foretaste of redemption, for hidden within the book of Ruth are glimpses of Mashiach, our ultimate redeemer (Go’el).

I'm a Rabbi, writer, thinker, mountain biker, father and husband ... not necessarily in that order. According to my wife, however, I'm just a big nerd. I have degrees in dead languages and ancient stuff. I have studied in various Jewish institutions, including an Orthodox yeshiva in Europe. I get in trouble for making friends with perfect strangers, and for standing on chairs to sing during Shabbos dinner. In addition to being the Senior Rabbi of Simchat Yisrael Messianic Synagogue in West Haven, CT, I write regularly for several publications and speak widely in congregations and conferences. My wife is a Southern-fried Jewish Beltway bandit and a smokin' hot human rights attorney... and please don’t take offense if I dump Tabasco sauce on your cooking.
View all posts by Rabbi Joshua →
This entry was posted in Uncategorized and tagged Bible, Holidays, Messiah, Shavuot, Yeshua. Bookmark the permalink.