Of Priests and Blessings 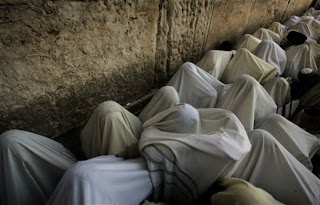 When the ancient rabbis finalized the yearly calendar along with its cycle of Torah readings, they purposely situated this week’s parasha, Nasso, to always coincide with Shavuot – either right before or after (Shavuot is next week).

So, what is the relationship between Nasso and Shavuot?

The Torah commands that there are three festivals during the year, known as the Shalosh Regalim, in which we are obligated to make a pilgrimage to Jerusalem. These three festivals – Pesach, Shavuot, and Sukkot – are described by G-d as His moedim; “appointed times,” which G-d has purposely set aside in order to meet with us.

Going up to the Temple in Biblical times was an overwhelming experience. Worshipers were filled with great joy and anticipation. The Temple bustled with activity. Worshipers were surrounded by Jews from all over the Near East, coming to encounter G-d and receive a special blessing. This trek up to Jerusalem, and the bringing of offerings and sacrifices, brought the Jewish people closer to HaShem, and closer to each other.

After having counted fifty days, seven full weeks in preparation, our ancestors must have been filled with great anticipation for the arrival of Shavuot and the excitement of making the pilgrimage once again up to the Temple Mount. The highlight of each of these three pilgrimage festivals, including Shavuot, was culminated in the High Priest’s blessing of the people.

Parashat Nasso describes how the cohanim were to bless the Jewish people, giving the exact words to be used in pronouncing the Birkat Cohanim, the Aaronic benediction:

Thousands of years later, the descendants of Aaron still perform this blessing in much the same way. I still get the shivers when I experience this today, and feel whisked away … back to the time of the Holy Temple in Jerusalem, when the cohanim come forward in front of all the people, drape themselves with their tallitot, and utter the ancient words of the Birkat Cohanim.

The Aaronic Benediction is just one of the connections between Parashat Naso and Shavuot. As we come away from Shavuot, may that same blessing that our ancestors’ experienced in the Holy Temple in Jerusalem be with us as we continually work to prepare the way for the return of Mashiach.

I'm a Rabbi, writer, thinker, mountain biker, father and husband ... not necessarily in that order. According to my wife, however, I'm just a big nerd. I have degrees in dead languages and ancient stuff. I have studied in various Jewish institutions, including an Orthodox yeshiva in Europe. I get in trouble for making friends with perfect strangers, and for standing on chairs to sing during Shabbos dinner. In addition to being the Senior Rabbi of Simchat Yisrael Messianic Synagogue in West Haven, CT, I write regularly for several publications and speak widely in congregations and conferences. My wife is a Southern-fried Jewish Beltway bandit and a smokin' hot human rights attorney... and please don’t take offense if I dump Tabasco sauce on your cooking.
View all posts by Rabbi Joshua →
This entry was posted in Uncategorized and tagged Pieces of Parasha, Shavuot, torah. Bookmark the permalink.

2 Responses to Of Priests and Blessings