A Lesson in Faith 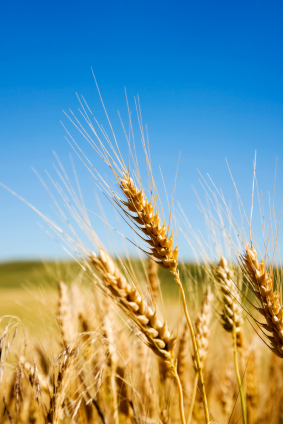 Parashat Behar begins with a special connection between Mt. Sinai and the Land of Israel  by speaking of the holiness of shmitah, of letting the ground lay fallow for an entire year every seven years. This connection is directly connected to the mitzvah of Shabbat: For six days we are to work, and on the seventh day we are to rest (Ex. 34:21, et al.).

The great commentator Abraham Ibn Ezra suggests that the seven-year agricultural cycle parallels G-d’s plan for creation. G-d completes the work of creation in six days, then rests. So, too, the Jewish people are asked to work the soil. Each year parallels a day of creation. The seasons of summer, fall, winter, and spring parallel the morning and evening hours of each day. And the seventh year is like the weekly Shabbat, a time of no work, a rest period for the fields.

The purpose of shmitah is to teach us that the ultimate force in the universe is G-d and not the law of nature, as adherence to this seven-year cycle goes against every instinct within us. It is natural to fear that if we do not plant and work during the sabbatical year that we will starve. Yet, this is exactly why, built even into the harvesting of the land, that HaShem gives the commandment on to harvest our field. It is an opportunity to demonstrate faith. Every year, for six years, we are to stow away a small amount so that in the year of shmitah we will have extra food. This goes against everything in us to take a Shabbat – especially for an entire year! However, by doing so, we are obligated to trust that by following HaShem’s mitzvot, He will provide for us during the full six years so that we will not go hungry in the seventh.

According to the Lubavitcher Rebbe, Menachem Mendel Schneerson:

“The purpose of the mitzvot is to fuse the infinite (Godliness) with the finite (the world). Thus, a Jew constantly fluctuates between six days of working in the finite world, and the day of Shabbos, when he lifts himself above worldly matters and dedicates the day to G-d.

However, the Sabbatical year actually represents a greater fusion of the infinite and finite than the weekly Shabbos. For on Shabbos a person is totally disconnected from worldly matters. During the Sabbatical year, however, a person may do work (except for field labor), but nevertheless that work is done with the heightened spiritual awareness of the Sabbatical year.”

How often do we really trust G-d to meet our needs? Rather, we often worry and seem to keep little areas hidden (or at least we think hidden), from G-d. Yet that is not what HaShem wants of us. G-d wants us to trust Him, so that by following His mitzvot, He will bring blessings into our lives.

Yeshua reiterates this by reassuring us not to worry about these things – of what we will eat or drink, or even about what we will wear (Mat. 6:25-34). For Yeshua promises us that he knows everything we need better than we do. Therefore Yeshua affirms the message of this week’s parashah, that if we continue to seek His Kingdom and His Righteousness (i.e. His mitzvot and will for our lives), everything else will be added to us as well.

I'm a Rabbi, writer, thinker, mountain biker, father and husband ... not necessarily in that order. According to my wife, however, I'm just a big nerd. I have degrees in dead languages and ancient stuff. I have studied in various Jewish institutions, including an Orthodox yeshiva in Europe. I get in trouble for making friends with perfect strangers, and for standing on chairs to sing during Shabbos dinner. In addition to being the Senior Rabbi of Simchat Yisrael Messianic Synagogue in West Haven, CT, I write regularly for several publications and speak widely in congregations and conferences. My wife is a Southern-fried Jewish Beltway bandit and a smokin' hot human rights attorney... and please don’t take offense if I dump Tabasco sauce on your cooking.
View all posts by Rabbi Joshua →
This entry was posted in Uncategorized and tagged faith, Pieces of Parasha, Shabbat, torah. Bookmark the permalink.