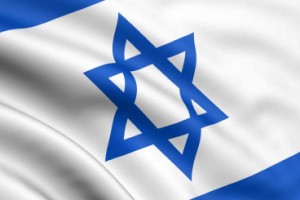 Today Israel celebrated 66 years of existence! Mazel tov to her and all her citizens, as well as to those who love Israel around the world. It is indeed a time to celebrate. Of course those years have been filled with a roller-coaster of joys and challenges, but the fact that Israel exists is a miracle that should not be easily dismissed.

So much so, that most Modern-Orthodox Jews, as well as most other movements within Judaism, recognize Israel’s Independence day with the recitation of Hallel during our morning prayers (psalms of praise recited on holidays) and the omission of Tachanun (prayers of repentance recited on weekdays that are not holidays). Believe it or not, the inclusion (or exclusion) of this practice is still hotly argued, especially within Haredi forms of Judaism that do not recognize the State of Israel.

Anyway, today The Jewish Press had a great article discussing some of the halachic reasoning behind these practices on Yom HaAtzmaut which I thought was worth sharing:

Lest  anyone minimize the importance of this day in either the religious context of returning to our own land – or in the humanitarian context of opening her doors to all Jews, I refer you to Rav Ahron Soloveichik. He has determined that it is proper to say Hallel on this day. And not to say Tachanun – which is normally said weekdays during morning and afternoon prayers – but never on Jewish holidays. 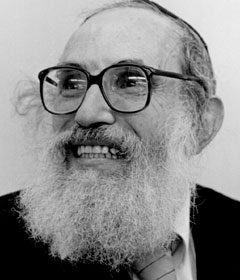 Why no Tachanun on this day?  Rav Ahron’s frame of reference is Tu B’Av (the 15th of Av). We do not say Tachanun on that day because the thousands of martyrs of Beitar were brought to burial after the Roman authorities decree against that was lifted. There was cause for great joy in Klal Yisroel because these bodies could now be treated with dignity. So much so – that it was declared a holiday for all future generations. If Chazal could declare a holiday for this, how much more so should there be a festive holiday when the remnant of the European Holocaust came not to Jewish graves –  but to refuge in the Jewish homeland!

What about Hallel?  The Meiri in the last chapter in Pesachim tells us that an individual or community is overtaken by a Tzarah (disaster of any kind or any source) and is miraculously delivered form it – then there is a Mitzvah to recite Hallel at the time of the redemption and on its anniversary each year. That it is a Mitzvah but not an obligation means that we do not recite the blessing for Hallel. But one may indeed institute saying Hallel for himself and saying it is considered the fulfillment of a D’Oraisa – a Torah based Mitzvah!

I'm a Rabbi, writer, thinker, mountain biker, father and husband ... not necessarily in that order. According to my wife, however, I'm just a big nerd. I have degrees in dead languages and ancient stuff. I have studied in various Jewish institutions, including an Orthodox yeshiva in Europe. I get in trouble for making friends with perfect strangers, and for standing on chairs to sing during Shabbos dinner. In addition to being the Senior Rabbi of Simchat Yisrael Messianic Synagogue in West Haven, CT, I write regularly for several publications and speak widely in congregations and conferences. My wife is a Southern-fried Jewish Beltway bandit and a smokin' hot human rights attorney... and please don’t take offense if I dump Tabasco sauce on your cooking.
View all posts by Rabbi Joshua →
This entry was posted in Uncategorized and tagged Halachah, israel, Israel Independence Day, Jewish life, Jewish Observance, Jewish Texts, Yom HaAtzmaut. Bookmark the permalink.