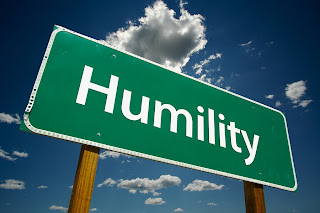 No task is ever below our dignity. No matter how far we climb on the social ladder, we should never think too highly of ourselves. How is this supported in this week’s parasha? The answer is found where G-d calls Moses to be personally involved in the building and erecting of the Tabernacle:

“HaShem spoke unto Moses, saying: ‘On the first day of the first month, you are to set up the Tabernacle, the tent of meeting (Exodus 40:1-2).’”

In verse 40:2 and subsequent verses, G-d tells Moses, “YOU are to set up the Tabernacle.” It was not enough for Moses to simply oversee the work that was being done, he had to be actively involved. Despite the fact that Moses experienced God face-to-face, and received the Torah upon Mt. Sinai, G-d called him personally to set up the Tabernacle. G-d expected even Moses to lead by example.

Moses could have balked at this idea. He could have refused. But he didn’t. He obeyed. Although he was the leader of the Israelites, and one of the greatest figures who ever lived, he did not consider himself as too important to do such work. Rather, throughout the rest of the parasha he was actively involved in the construction of the Tabernacle.

Speaking on this verse (Ex. 40:2), the Lubavitcher Rebbe, Menachem Mendel Schneerson, once stated:

This teaches that a person cannot only busy himself with his own spiritual development and Torah study. He needs to also be involved in helping others, just like G-d who wanted Moshe to be involved with the Tabernacle, not just as a spiritual leader and mentor, but also, “with his hands” (Gutnick Edition Chumash, 609).

True leadership is always by example. It is being willing to do whatever needs to be done. No matter how big or how small. When I formally began my rabbinical studies, I remember my rabbi asking me a very vivid question: “How good are you at plunging toilets?” His response was that if I was not willing to plunge toilets I had no business becoming a rabbi. And he was right. I cannot tell you how many toilets I have plunged since that day nearly seventeen years ago.  Because anytime something goes wrong in a congregation … “O Rabbi!”

Often we look at those in leadership or influential positions and covet their jobs. Yet, if we really saw what the position entailed, most of us would actually pass it up. For example, what most people see congregational leaders doing in public, is in reality often only about ten percent of our work. What they do not see is what happens on all the other days of the week and behind the scenes – moving chairs, administration, volunteer coordination, or cleaning stains out of the carpet after oneg. We must always be willing to serve. And in whatever capacity is needed.

This also follows the leadership model demonstrated by Yeshua, who taught that the greatest shall be least, and the least shall be the greatest (Mat 20:16). Furthermore, the greatest leader is to be the servant of all (Mark 9:35). Yeshua never perceived a task or person as below him. Rather, he served all, washed their feet, or supported all those who were hurting. As a “greater Moses,” Yeshua was our greatest example. Like Moses, G-d has called each of us to be participants in the building of his Kingdom. And each of us has the opportunity to partner with God in bringing redemption into the world. G-d has a role for each of us to play. The question is, are we willing to do it? For as James writes (1:22), it is not enough to only be hearers of what Torah says, but we must be doers as well!