More than a ‘Jingle’: A Response to Wolpe 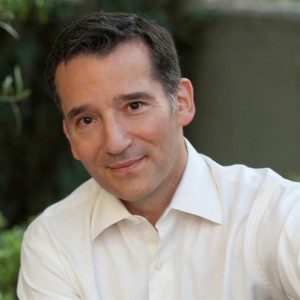 Last week, international media erupted in a condemnation of Messianic Jews. The cause of the uproar was the decision of a Messianic group in Texas to invite former President George W. Bush to speak at their annual fundraiser. The Jewish Daily Forward jumped into the fray with an article by Rabbi David Wolpe, titled, “Why Jews Should Not Accept Jesus – Whatever George W. Bush Thinks (Nov. 11, 2013).”

Wolpe writes, “The sudden rise of ‘Messianic Jews’ owes more to a clever way of misleading untutored Jews than to making theological sense.” Furthermore, the subtitle to his article states simply, “’Messianic Jews’ Is Marketing Jingle – Not True Faith.” Ouch. The easiest way to write someone off is to simply dismiss them as disingenuous and, well basically, stupid.

For the moment, let’s set aside the critiques of Bush’s appearance at the MJBI fundraiser – an institution which I have no affiliation – and focus on the bigger issue. As the spiritual leader of a leading Los Angeles Messianic synagogue, I feel compelled to respond to the broad-brushing, name-calling, and vitriol directed at Messianic Jews, in general, and me and my congregants, in particular, by a paper that purports to represent the entire Jewish community, of which we are a part.

Wolpe went on to write, “A Jew who accepts Jesus has cut himself off from the faith community of Jews,” and presents this idea as though it is final – and everyone agrees. However, maybe he needs to be reminded of the recent Pew survey, in which 34% of Jewish respondents agreed you could still be Jewish if you believe that Jesus is the Messiah. Additionally, attitudes throughout history towards Jews who believed in Jesus, as well as others who were considered heretics, varied within each community and among various spiritual authorities.

And let’s also be honest – although his assertion was often true socio-historically, it was not always true in every case and circumstance. Although there was a movement within Judaism that eventually broke away to become what we now know today as Christianity, as Jewish scholar, Daniel Boyarin notes, this did not happen overnight, but was rather an intentional parting of ways between both communities. Yet, there continued to be many Jews within this movement that remained, to varying degrees, within the Jewish community. Hence, prayers like Birkat HaMinim within the Amidah, which were attempts to still weed Messianic Jews out of the synagogues. But often to no avail.

Furthermore, history is littered with individuals and communities who believed that Jesus was the Messiah, and continued to live and practice as Jews. In the earliest centuries were groups like the Ebionites and Nazarenes. In the 19th century, consider Joseph Rabinowitz and his congregation in Moldova – Beth Israel Judea. During the Holocaust, the Chief Rabbi of Bulgaria, Rabbi Daniel Zion (a Messianic Jew), was instrumental in helping to save most of the Bulgarian Jewish community. Also consider the likes of Rabbi Ignácz Lichtenstein, Chief Rabbi of the Northern District of Hungary, Theophilus Lucky, and Rabbi Yechiel Zvi Lichtenstein, among many others, who were also notable Jesus-believing Jewish figures who continued living as Jews and nurtured the continued health and growth of the wider Jewish community.

My congregation, Ahavat Zion Messianic Synagogue in Beverly Hills, CA, is a more recent example. It was established to provide a spiritual home for Messianic Jews and intermarried families; ensuring that there would be future generations of Messianic Jews, praying and living as Jews, to counter the historical trend of faith in Jesus leading to the abandonment of Judaism and the Jewish people. This year we are celebrating our 40th anniversary.

Lastly, Wolpe attempts to cite certain theological positions which he believes demonstrate a clear departure from acceptable Jewish belief. However, recent scholarship has shed tremendous light upon the Jewish context of the New Testament, and particularly its theology. Jewish scholars, like Amy-Jill Levine and Daniel Boyarin, have helped shatter commonly-held stereotypes about what is, or was acceptable, for a Jew to believe. Such recent scholarship has helped us better understand the Jewish world and context out of which the New Testament and its theology were birthed.

I understand better than anyone the sensitivities within our Jewish community towards Messianic Judaism and faith in Yeshua. However, for a community which prides itself on tolerance, understanding and dialogue, it is sad that when it comes to Messianic Jews, we’re still willing to settle for emotional vitriol rather than intelligent discourse.

Messianic Judaism is one of the fastest growing faith communities. In a world where non-Orthodox forms of Judaism are struggling to survive, I understand why we are so worrisome to so many. But we are not going away. And if the only remaining definer of Jewishness is ‘not believing in Jesus’ – as it is for far too many of our people today – than we have a bigger problem than whether or not Bush spoke at a particular fundraising dinner.

*This was submitted a couple days ago to the Forward, but I doubt it will ever see ink.

*For a response to Wolpe by Rabbi Dr. Stuart Dauermann, visit his blog at interfaithfulness.org.

I'm a Rabbi, writer, thinker, mountain biker, father and husband ... not necessarily in that order. According to my wife, however, I'm just a big nerd. I have degrees in dead languages and ancient stuff. I have studied in various Jewish institutions, including an Orthodox yeshiva in Europe. I get in trouble for making friends with perfect strangers, and for standing on chairs to sing during Shabbos dinner. In addition to being the Senior Rabbi of Simchat Yisrael Messianic Synagogue in West Haven, CT, I write regularly for several publications and speak widely in congregations and conferences. My wife is a Southern-fried Jewish Beltway bandit and a smokin' hot human rights attorney... and please don’t take offense if I dump Tabasco sauce on your cooking.
View all posts by Rabbi Joshua →
This entry was posted in Uncategorized and tagged Bush, Forward, Jews in the News, Messianic Jews, Wolpe. Bookmark the permalink.