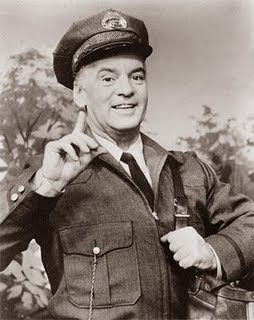 This week’s Torah portion, Vayishlach, begins with the words, vayishlach Ya’akov malachim – and Jacob sent messengers ahead of him (Gen. 32:4). These messengers (or angels, as it can also be translated) were sent out ahead of Jacob in preparation for his return. These messengers were given the responsibility of carrying a vital message of reconciliation and peace to a distant brother.

Luke 5 also speaks of sending out messengers who are to carry a message of reconciliation and peace to distant listeners. And the message that these new messengers would bring would come from none other than the Messiah himself.

As Simon Peter and his partners, James and John, concluded an unproductive day of fishing, they found themselves in the midst of throngs of people. And at the center of this crowd was none other than the carpenter from the Galilee, Yeshua. This quickly turned into an unordinary day for the three fishermen.

Upon concluding his message to the crowds, Yeshua miraculously enabled the three previously unsuccessful fishermen to catch more fish than they could possibly bring ashore. Astonished by the miracle Yeshua had just performed, the three rugged fishermen came to believe that Yeshua was indeed the long awaited Messiah. Recognizing the divine spark within them, Yeshua called them to a “new life of fishing.” A type of fishing that would rely on a divine message. And rather than remaining limited to the Sea of Galilee, they were given the ability to take this message around the world.

Like the messengers sent forth by Jacob, these called out messengers heralded a message in preparation of Yeshua’s ultimate return. And they too were given the responsibility of declaring a message of reconciliation and peace to others.

We too have been called out as messengers. As followers of the Jewish Messiah, we have been chosen to bring this same message of hope and reconciliation to the nations of the world. Rabbi Shlomo Carlebach once said that our mission is to “leave the world more Jewish than we found it.” This means that we have a divine injunction to be a light that shines in a dark place. To bring our people a hope that surpasses all understanding. Yeshua is indeed the Messiah, and as such, we must be engaged in the world, preparing for his glorious return.

I'm a Rabbi, writer, thinker, mountain biker, father and husband ... not necessarily in that order. According to my wife, however, I'm just a big nerd. I have degrees in dead languages and ancient stuff. I have studied in various Jewish institutions, including an Orthodox yeshiva in Europe. I get in trouble for making friends with perfect strangers, and for standing on chairs to sing during Shabbos dinner. In addition to being the Senior Rabbi of Simchat Yisrael Messianic Synagogue in West Haven, CT, I write regularly for several publications and speak widely in congregations and conferences. My wife is a Southern-fried Jewish Beltway bandit and a smokin' hot human rights attorney... and please don’t take offense if I dump Tabasco sauce on your cooking.
View all posts by Rabbi Joshua →
This entry was posted in Uncategorized and tagged New Testament, Yeshua. Bookmark the permalink.