Last week I joined hundreds of others at the UMJC’s 2013 International Conference. The theme of this year’s conference was Avodah: Service of Our Hearts and Hands. My friend, Rabbi Derek Leman, already wrote a really great review of the conference on his blog, which I encourage you to check out.

So instead of repeating what R’ Derek already more eloquently said, I would like to point out two additional things I thought really stood out for me this year. The first was an afternoon with visiting guest scholar, Dr. David Moffitt (a Senior Lecturer at the University of St. Andrews), who spoke on the themes of resurrection and the authority of the Torah in the Book of Hebrews.

In the first session Dr. Moffitt explained how Yeshua’s resurrection actually plays a central role in the book and explored the way Hebrews applies the inner logic and ritual practices of biblical sacrifices to the life and work of Yeshua.

Often the Book of Hebrews is thought to represent an early and sharp break between “Judaism” and what would become “Christianity.” However, in the second session, Professor Moffitt walked us through a careful reading of the epistle and demonstrated that the text does not dismiss nor replace the Torah, but rather presents the discussion in terms of the ongoing validity of the Torah’s authority in the last days.

Moffitt’s work on Hebrews has been described within scholarly circles as “revolutionary” for a reason. I greatly appreciated his presentation and it gave me plenty to chew on as I am currently teaching the Book of Hebrews myself, at the moment. 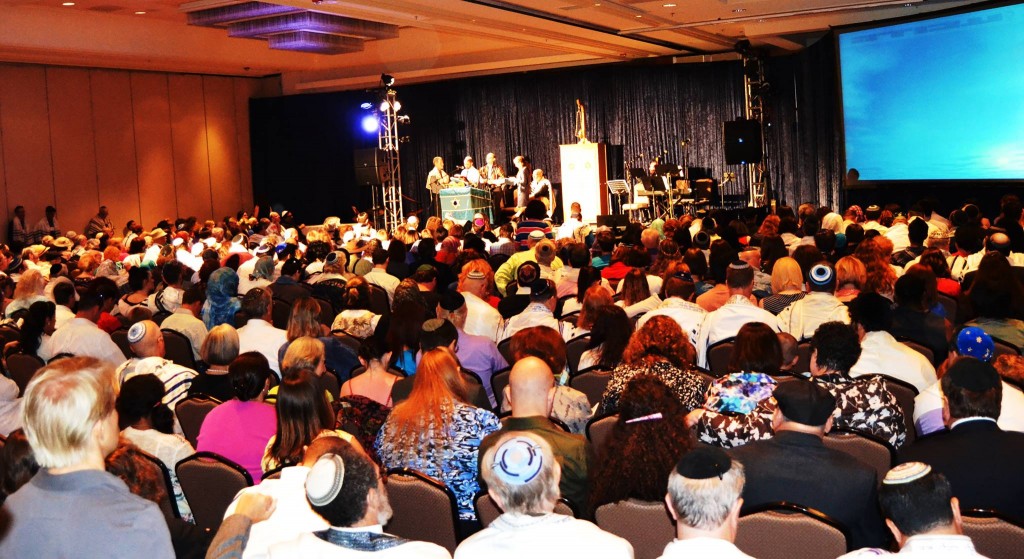 The second thing that impressed me was the growing caliber of proficiency within the movement, as well as the caliber of scholarship among many of our leaders. This proficiency was demonstrated best during the Shabbat morning Torah service, with an H.U.C.-ordained cantor (who now believes in Yeshua) leading the service, Torah and Haftarah readings, and a soulful blend of liturgy and music.

And of course – as always – the absolute best part of the conference was the relationship element. It is always wonderful getting to reconnect with friends you only see a couple times a year, connecting with colleagues, and making many new friends.

Overall, a great conference, and I look forward to next year!

Update, 8/1/13: Since more than a few people have been interested: Professor Moffitt’s lectures were based on his published doctoral dissertation, “Atonement and the Logic of the Resurrection in Hebrews (NovTSup 141; Leiden: Brill, 2011).” Here are a couple linnks which expand a little more on the subject matter:

For Christ and His Kingdom Blog

I'm a Rabbi, writer, thinker, mountain biker, father and husband ... not necessarily in that order. According to my wife, however, I'm just a big nerd. I have degrees in dead languages and ancient stuff. I have studied in various Jewish institutions, including an Orthodox yeshiva in Europe. I get in trouble for making friends with perfect strangers, and for standing on chairs to sing during Shabbos dinner. In addition to being the Senior Rabbi of Simchat Yisrael Messianic Synagogue in West Haven, CT, I write regularly for several publications and speak widely in congregations and conferences. My wife is a Southern-fried Jewish Beltway bandit and a smokin' hot human rights attorney... and please don’t take offense if I dump Tabasco sauce on your cooking.
View all posts by Rabbi Joshua →
This entry was posted in Uncategorized and tagged Conference, Derek Leman, Messianic, Messianic Jews, Messianic Judaism, UMJC. Bookmark the permalink.