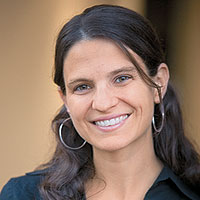 Elie Wiesel tells a story about a trip he took to Saragossa, Spain, years ago. Saragossa had been a thriving center of Jewish life before the Expulsion of the Jews from Spain in 1492. As Wiesel was walking through town, he was approached by a gentle Catholic man who offered to show him around. The two men walked through the city for hours together, and during the course of their time together, Wiesel revealed that he was a Jew and spoke Hebrew. The man was ecstatic and begged Wiesel to come to his home and help him make sense of an old document that he suspected was written in Hebrew. Handed a fragment of yellowed parchment, Wiesel trembled, reading the words:

‘I, Moshe ben Avraham – Moses the son of Abraham, forced to break all ties with my people and my faith, leave these lines to the children of my children and to theirs, in order that on the day when Israel will be able to walk again, its head high under the sun, without fear and without remorse, they will know where their roots lie. Written at Saragossa, this ninth day of the month of Av, in the year of punishment and exile.’ 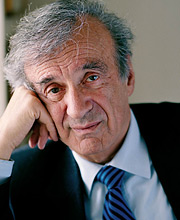 Wiesel, realizing this was a precious Jewish artifact- a window into the plight of the Jews under the cruel Grand Inquisitor at the end of the 15th century, pleaded with the man to sell him the document. The man refused and explained that in his family this document had been transmitted from father to son, generation to generation. For hundreds of years the family did not know what secrets were contained in the words, but they considered it a sacred treasure that would one day be deciphered. It took 500 years for the words of Moses, son of Abraham, to be understood, and Wiesel realized that he was the bearer of this family’s tikkun – the one who could bring closure and healing to a wound inflicted five centuries earlier.

With tears in their eyes, the two men then sat for hours and talked about the history of the Jewish people, starting with the kingdom of Judea, the prophets, the wars, the destruction of the First and Second Temples, the long and bitter exile of the Jewish people including the Expulsion from Spain. Wiesel told him of Auschwitz, and he told him of the miraculous rebirth of Israel.

Years later, Wiesel was in Jerusalem, rushing to participate in an important debate at the Knesset. A man ran over to him and addressed him in halting Hebrew: ‘Do you remember me? Saragossa.’

Astonished, Wiesel wondered – could it be possible that this was the same man, a world away?  He skipped the big debate at the Knesset, and instead walked and drank wine with the man, talking about his first impressions as a new oleh – a new immigrant to Israel. At the end of the day, the man said to Wiesel, ‘By the way, I have not told you my name. It is Moshe ben Avraham. Moses, son of Abraham.’

The reverberations of this story are many and profound. Tonight as we light [the Hanukkah menorah], think of what it meant for Moshe ben Avraham to risk writing in the first place, knowing it might take hundreds of years for anyone to ever understand. Think of what it meant for generation after generation to pass down the document without any real idea what was in it. Think of how a chance encounter with a random person in a far away place might end up changing your life. And let us together affirm the possibility of miracles, bayamim haheim u’bazman hazeh – in their time and in our time, too.

I'm a Rabbi, writer, thinker, mountain biker, father and husband ... not necessarily in that order. According to my wife, however, I'm just a big nerd. I have degrees in dead languages and ancient stuff. I have studied in various Jewish institutions, including an Orthodox yeshiva in Europe. I get in trouble for making friends with perfect strangers, and for standing on chairs to sing during Shabbos dinner. In addition to being the Senior Rabbi of Simchat Yisrael Messianic Synagogue in West Haven, CT, I write regularly for several publications and speak widely in congregations and conferences. My wife is a Southern-fried Jewish Beltway bandit and a smokin' hot human rights attorney... and please don’t take offense if I dump Tabasco sauce on your cooking.
View all posts by Rabbi Joshua →
This entry was posted in Uncategorized and tagged Hanukkah, Holidays, Jewish History, Spain, Spirituality. Bookmark the permalink.