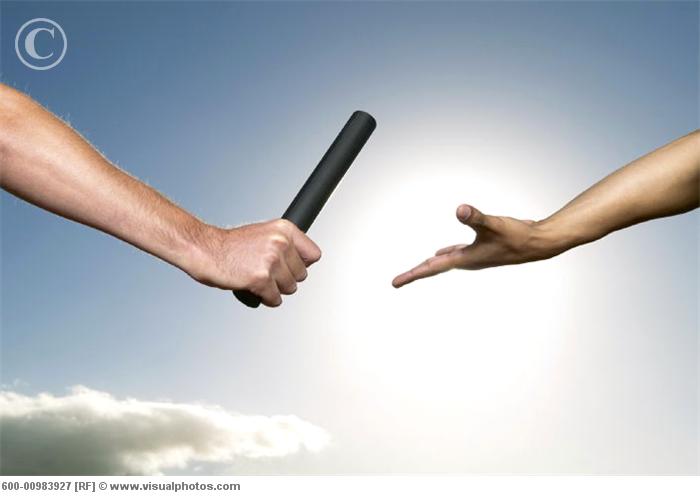 Messianic Judaism currently finds itself in a continuity dilemma (see my previous post from 2010, “Is Messianic Judaism in Crisis?”).   Although part of me is optimistic about the future of our movement, especially with the current work of MJTI, MJRC, and the UMJC; there is also another part of me that is deeply concerned. With statistics and numbers currently being what they are, there is a very real chance that without HaShem’s direct intervention, any sort of “movement” with large numbers and influence may not exist in 100 years.

The Dilemma of Numbers

There are approximately over 500 Messianic congregations (or more) around the world. 99% of those are led by people in their 50’s and 60’s who may seek to retire in the next 5 – 10 years. And even right this moment, there are congregations already struggling to find a leader without enough viable candidates. And to my knowledge, I can count on two hands the number of young leaders currently equipped and gifted, or who are currently in the pipeline studying and being mentored in preparation, for congregational leadership.

There just currently are not enough young leaders to replace those seeking to retire.

This leads to a second very real reality. Although we appreciate all of those who have gone before us and have made incredible sacrifices, the current generation is not the generation of pioneers who founded the modern Messianic movement. Many of the early leaders had a clear calling and vision but were not necessarily equipped for the work they found themselves doing. As the movement has matured, it now expects much more out of its up and coming young leaders.  But, these young leaders are not the pioneers. We have different skills, gifts, and understandings of what the rabbinate entails.

This reality of pioneers verses builders is true in every society, and we also see examples of this within the Scriptures. The generation that left Egypt was not the same generation that entered into the Promised Land. The work and the expectations were different. Pioneers are the initial individuals who sacrifice it all to embark into uncharted territory to plant new works and build new homes. They take incredible risks with often minimal results.

What follows are the builders. Builders cannot do what they do without the initial sacrifice and work of the pioneers, but the skills and expectations of the builders are very different. It takes different skills to take the efforts of what the pioneers planted and turn it into a city, a factory, a country, or a truly world-wide Movement.

The rabbinate clearly requires sacrifice. With that said, however, younger leaders of today are not the pioneers of the 60’s, 70’s, and 80’s. While still willing to make sacrifices, we are often  not willing to make the same kind of family or financial sacrifices.  Therefore, in order to attract younger leaders who have the education and skills required, we have to make it worth their investment of time, education, and expertise.

If the Messianic Jewish movement is going to mature with the times, we have to rethink how we perceive our clergy. Messianic Jewish rabbis are (or should be) professionals.  We are rabbis within the Jewish community.

From a halachic perspective, we do not pay a rabbi for what they do as a rabbi. Rather, we compensate them for what they could be doing if they were not a rabbi. Meaning, if we expect the same caliber of Messianic Rabbis that we do from other professionals – doctors, lawyers, accountants, etc. – we have to make the Messianic Jewish rabbinate attractive enough to young people with clear skills and talents who would otherwise go into other professions. Granted, this is easier said than done – particularly financially.

But, if Messianic Judaism cannot raise-up the numbers of young leaders it currently needs to replace itself, it is going to witness many congregations fizzle out (in my humble opinion, this can actually be a good thing – but that’s another post).

Messianic Judaism currently faces a dilemma of continuity. If Mashiach should tarry – we have to ask ourselves – will there be a sizable Messianic Judaism in the future? To change this reality will require work.  But it will also require a greater number of young people willing to choose Messianic leadership as a calling and vocation. Additionally, this is not just a question of leadership numbers, but the overall vision of what Messianic Judaism should even be. I hope we find the investment worth making and are able to find others to pass the baton to.

What do you think???

I'm a Rabbi, writer, thinker, mountain biker, father and husband ... not necessarily in that order. According to my wife, however, I'm just a big nerd. I have degrees in dead languages and ancient stuff. I have studied in various Jewish institutions, including an Orthodox yeshiva in Europe. I get in trouble for making friends with perfect strangers, and for standing on chairs to sing during Shabbos dinner. In addition to being the Senior Rabbi of Simchat Yisrael Messianic Synagogue in West Haven, CT, I write regularly for several publications and speak widely in congregations and conferences. My wife is a Southern-fried Jewish Beltway bandit and a smokin' hot human rights attorney... and please don’t take offense if I dump Tabasco sauce on your cooking.
View all posts by Rabbi Joshua →
This entry was posted in Uncategorized and tagged community, Messianic Judaism, nexgen, practical suggestions, rabbinics. Bookmark the permalink.

15 Responses to Passing the Baton