A King, a Torah … and Ralph Messer 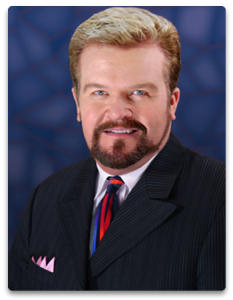 Yesterday on Facebook I encountered a video of Ralph Messer grossly mistreating a Torah scroll while staging a “coronation” service for megachurch pastor Eddie Long.  The video has drawn criticism from numerous Jewish and Christian groups, and was even the center of a response in several major media outlets, including the Washington Post, Atlanta Journal-Constitution, Huffington Post, and many others.

The unidentified man who, (in the YouTube video to which I had access he is identified subsequently as Ralph Messer), represents himself as a Jew. He may well be some sort of Messianic Jew, a person who claims Jewish heritage and recognizes Jesus as the Son of God, but who is not part of one of the major Jewish movements: Orthodox, Reform, Conservative, Reconstructionist, Reform, Renewal. He does not, however, represent recognizable Jewish thought or practice in his (mis-) representations of the Torah and other Jewish sancta — or for that matter, New Testament and Christian biblical interpretation and theology.

There are numerous problems with Ralph Messer’s actions and claims – many of which Dr. Gafney does a great job in addressing, particularly the two primary issues of Messer’s mishandling and misappropriating a Torah scroll as well as his “coronating as king” mega-church pastor Eddie Long, who was recently accused by five young men of sexual misconduct. After initially denying the allegations, Long is now in undisclosed settlement talks with them and his wife has filed for divorce.

It blows my mind how throughout the video Messer cannot even pronounce the correct name for the most famous concentration camp in history! – Auschwitz-Birkenau, which Messer keeps pronouncing as ‘Berkendahl.’ No one who is really Jewish ever gets that one wrong … especially someone who claims to be a ‘rabbi.’ However, since Dr. Gafney so eloquently addresses many of the other matters, I want to address another serious matter. In the YouTube video, Messer claims to speak “on behalf of the Jewish People, the Land of Israel, and the G-d of Israel.” Because so many people are identifying Messer with Messianic Judaism, I want to make very clear that Ralph Messer is not affiliated with the mainstream Messianic Jewish movement, nor is he a legitimately ordained rabbi. This was confirmed in a recent statement by Messer’s son, Russell Messer, to the Atlanta Journal-Constitution that his father “has no formal rabbinical training.” And when pressed hard enough, Messer himself has confessed that he has never been formally ordained as a rabbi, as reported by the Florida Courier. Furthermore, Messer does not actually have the authority to speak on behalf of Israel, world-Jewry, or G-d.

Ralph Messer is the leader of a large congregation in Colorado and has quite a vast media ministry. I have been aware of his poor teaching, misuse of Jewish sancta, and his affiliation with the Two House movement for some time. However this recent video finally pushed me over the line.

Earlier today I confirmed with Rabbi Russ Resnik (UMJC Executive Director) and Dr. Dan Juster (one of the founders of the UMJC, and its first President) that Ralph Messer has never been affiliated with the UMJC nor has ever spoken at a UMJC conference. I also confirmed with Ari Hauben, with the MJAA, that Ralph Messer is not affiliated nor ordained through them. In my asking around today, I also was not able to confirm whether he is even really Jewish.

I cannot speak out more strongly against Ralph Messer, his teachings, nor his affiliations with the likes of Eddie Long. Ralph Messer should be ashamed of himself. If it were within my power he would be stripped of his congregation and ministry, defrocked of his self-appointed title, and publicly forced to offer an apology for mishandling a Torah scroll, defaming Messianic Jews, and coronating as king an accused pedophile.

UPDATE, 2/3: A joint statement has now been released by the UMJC and the MJAA which can be read HERE.

UPDATE, 2/4: An update on Messer from the Florida Courier.

UPDATE, 2/6: CNN news clip featuring “apologies” from Long and Messer and a discussion.

I'm a Rabbi, writer, thinker, mountain biker, father and husband ... not necessarily in that order. According to my wife, however, I'm just a big nerd. I have degrees in dead languages and ancient stuff. I have studied in various Jewish institutions, including an Orthodox yeshiva in Europe. I get in trouble for making friends with perfect strangers, and for standing on chairs to sing during Shabbos dinner. In addition to being the Senior Rabbi of Simchat Yisrael Messianic Synagogue in West Haven, CT, I write regularly for several publications and speak widely in congregations and conferences. My wife is a Southern-fried Jewish Beltway bandit and a smokin' hot human rights attorney... and please don’t take offense if I dump Tabasco sauce on your cooking.
View all posts by Rabbi Joshua →
This entry was posted in Uncategorized and tagged Ephraimite, Messianic Jews, news, Ralph Messer, Two House. Bookmark the permalink.

42 Responses to A King, a Torah … and Ralph Messer