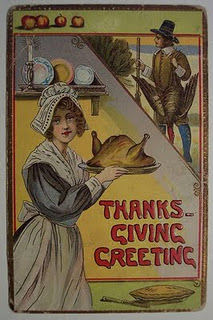 In 1789, George Washington issued the first national Thanksgiving proclamation with these words:

“Now, therefore, I do recommend and assign Thursday, the 26th day of November next, to be devoted by the people of these States to the service of that great and glorious Being who is the beneficent author of all the good that was, that is, or that will be….”

Last year, I read an article by Jewish radio personality Dennis Prager titled, “Here’s why Thanksgiving is good for the Jews.”

He points out that Thanksgiving is one of the most widely observed holidays, especially within the Jewish community. The majority of Jews across the spectrum observe Thanksgiving – from non-observant to Orthodox. The reason, according to Prager, “it is quintessentially American, it is deeply religious without being denominational and it is based entirely on one of the most important, and noble, traits a human being can have – gratitude.”

In an age when we are often not thankful enough for the blessings we have, Thanksgiving is another reminder that we have so much to be thankful for.

From our home to yours, we wish you and your family a wonderful Thanksgiving!

I'm a Rabbi, writer, thinker, mountain biker, father and husband ... not necessarily in that order. According to my wife, however, I'm just a big nerd. I have degrees in dead languages and ancient stuff. I have studied in various Jewish institutions, including an Orthodox yeshiva in Europe. I get in trouble for making friends with perfect strangers, and for standing on chairs to sing during Shabbos dinner. In addition to being the Senior Rabbi of Simchat Yisrael Messianic Synagogue in West Haven, CT, I write regularly for several publications and speak widely in congregations and conferences. My wife is a Southern-fried Jewish Beltway bandit and a smokin' hot human rights attorney... and please don’t take offense if I dump Tabasco sauce on your cooking.
View all posts by Rabbi Joshua →
This entry was posted in Uncategorized and tagged community, Holidays, identity. Bookmark the permalink.