Yeshua, Halachah, and the Sermon on the Mount 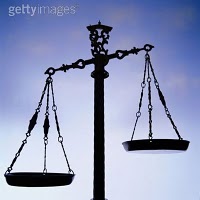 This is a continuation of my previous thoughts on Jewish law and the Halachic process.

As followers of a Jewish Messiah, we are obligated to engage in knowledgeable discussion with Jewish law. At times we may interpret it differently, especially in light of New Testament understandings. Yet, that does not mean we can just “do as we see fit.” We have a responsibility to ourselves and the larger Jewish world to engage in halachah through a knowledgeable and informed process.

As a part of this process it is paramount that we also recognize and incorporate the role of the Brit Chadasha (New Testament).

Mashiach as the Embodiment of Israel

Jewish tradition teaches that Mashiach must be the quintessential Jew. An embodiment of the experience, sufferings, and joys of the entire Jewish people. A number of scholars have recognized that within Yeshua, as the Mashiach, is the embodiment of all Israel. Rabbi Dr. Mark Kinzer often refers to Yeshua as “One Man Israel,” as he is the perfect embodiment of Israel, and as such, Yeshua’s life parallels Israel’s experience.

The Sermon on the Mount as a Reflection of Sinai

Within this embodied pattern as mentioned above is a parallel (of what is often called) the “Sermon on the Mount” with the experience of Sinai. Since Yeshua embodies the existence of Israel, the Sermon on the Mount serves as almost a renewal, or sort of “re-giving,” of the Torah on Mt. Sinai. As such, there is clear halachic imagery embedded within.

Halachic Formulas in the Sermon on the Mount

Judaism teaches that when the Mashiach comes, one of his roles will be to clarify ambiguities within halachic matters. Interestingly, this is exactly what Yeshua does within the Sermon on the Mount. Through halachic formulas known from the Second Temple period, Yeshua sets out to clarify and set straight popular misconceptions of specific mitzvot.

Before dealing with each specific mitzvah, Yeshua usually begins with the phrase “You have heard that our fathers were told…” This is actually a halachic formula known from the Second Temple period. It was a way that a Sage would state a particular halachic understanding, and then clarify its “proper” interpretation.

This phrase is actually paralelled in a halachic text discovered among the Dead Sea Scrolls. Known as 4QMMT – “Miksat Ma’aseh Torah” (Some rulings pertaining to the Torah), the text introduces disagreements between the Qumran community and their opponents (namely the Sadducees) with a phrase: “You say … but we think/say.”

In the Sermon on the Mount, Yeshua was using a halachic formula known at the time to clarify and give proper understanding to certain interpretations of Torah commands.

There are also ethical matters to be explored within the halachic process. In Matthew 23:23, Yeshua addresses a specific group of Pharisees, and reprimands them for violating these ethical considerations:

You pay your tithes of mint, dill, and cumin; but you have neglected the weightier matters of the Torah – justice, mercy, and trust. These are the things you should have attended to – without neglecting the others! Blind guides! – straining out a gnat, meanwhile swallowing a camel.

Interestingly, Yeshua does not criticize them for adherence to halachic minutae, but for their hypocricy. For in their striving to be oh-so-extra-pious, they missed the mark. These additional tithes of “mint, dill, and cumin” are actually not even required by mitzvah de-oraisa (commanded directly in the Torah), but rather are supplimental/additional tithes known from the Talmud. Yeshua does not negate this understanding. His reprimand was an issue of weightier matters within Torah. Yeshua was setting up ethical considerations within the halachic process.

As we continue to grapple with halachah, we must take into consideration our Mashiach’s teachings. As we develop interpretations of halachah that are guided by tradition, infused with Mashiach, and inspired by the Ruach; let us not forget that there are also “weightier matters” that must be considered.

I'm a Rabbi, writer, thinker, mountain biker, father and husband ... not necessarily in that order. According to my wife, however, I'm just a big nerd. I have degrees in dead languages and ancient stuff. I have studied in various Jewish institutions, including an Orthodox yeshiva in Europe. I get in trouble for making friends with perfect strangers, and for standing on chairs to sing during Shabbos dinner. In addition to being the Senior Rabbi of Simchat Yisrael Messianic Synagogue in West Haven, CT, I write regularly for several publications and speak widely in congregations and conferences. My wife is a Southern-fried Jewish Beltway bandit and a smokin' hot human rights attorney... and please don’t take offense if I dump Tabasco sauce on your cooking.
View all posts by Rabbi Joshua →
This entry was posted in Uncategorized and tagged Bible, Dead Sea Scrolls, Halachah, mashiach, Messiah, New Testament, rabbinics, Spirituality, Yeshua. Bookmark the permalink.

3 Responses to Yeshua, Halachah, and the Sermon on the Mount