Is this ‘Judaism Lite’? 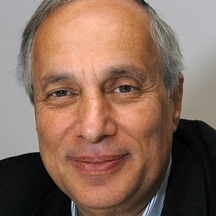 Tonight I went to a lecture with Rabbi Avi Weiss at the historic 6th & I synagogue in downtown Washington, DC.

Rabbi Weiss has been named by Newsweek as one of the 50 most influential rabbis in America. He is the founder of what he calls “Open Orthodoxy,” with its own rabbinical school, Yeshivat Chovevei Torah, and now a women’s program which trains women to be spiritual and halachic leaders, Yeshivat Maharat. He is the Senior Rabbi of the Hebrew Institute of Riverdale, and has long been a pioneering voice within Modern Orthodoxy. He recently made headlines over the ordination of Rabba Sara Hurwitz (who is the Dean of Yeshivat Maharat and part of the rabbinic staff at the Hebrew Institute of Riverdale).

Several times during his lecture tonight on Open Orthodoxy, Rabbi Weiss was clear to dismiss the accusations that Open Orthodoxy is “Orthodox-Lite.” At one point he stated, “Open Orthodoxy is a combination of fluidity and tradition, but it is NOT Orthodox-lite.” Open Orthodoxy is serious about halachic observance and adherence to the mitzvot. It just happens to also be open in its relation to the world, to education, and other movements within Judaism, etc.

Much of what Rabbi Weiss discussed tonight made me think a lot about the current state of Messianic Judaism. In many ways, Messianic Judaism today operates exactly as “Judaism Lite.” This is exactly the point we made in a previous blog post, Messianic Judaism and Coffee.  In that post we made the point that we have built a very comfortable spiritual home for Jews and non-Jews who do a little bit here, mix in a little bit there, read a book or two … and soon declare ourselves to be Jewish connoisseurs.

Continuity can only exist when we continue to live a Jewish life with and among our people. Let me make clear that “living as Jews” does not necessarily mean “Orthodox.” There are many ways to be Jewish. But Jewish life must be committed to the foundation blocks which have held us together for over 3,000 years.

The UMJC’s definition of Messianic Judaism makes an important statement that Messianic Judaism embraces “the covenantal responsibility of Jewish life and identity rooted in Torah, expressed in tradition, and renewed and applied in the context of the New Covenant.”

During the most recent Borough Park Symposium, several of the presenters suggested Mordecai Kaplan and Reconstructionism as a possible model for creating such a dynamic and meaningful Jewish experience. However, I challenged this idea in my response paper. In my opinion, the message of the Reconstructionist movement is not very compelling to young Jews.  Although there is an emphasis on community and belonging, it is missing the key ingredient.

In fact, three of the papers presented at the Symposium (by Cohen, Moskowitz, and Fleischer) all referenced Mordecai Kaplan.  I found this interesting because although Kaplan may decidedly be a resource for Boomer Jews, his writings rarely inform today’s younger engaged Jews, who look to Heschel, Zalman Schachter-Shalomi, Shlomo Carlebach, and other vibrant spiritual thinkers. This is because the concept of Judaism as a Civilization is losing ground in America today.  An ethnic Judaism of bagels and lox cannot maintain Jewish identity over time, or over the span of multiple generations, primarily because it lacks a vision that is compelling to young, Post-Modern Jews. And this is especially true of Messianic Judaism.

A Messianic Judaism that is really just “Judaism Lite” is not going to cut it. We need to offer a serious Jewish experience that is meaningful, credible, and deeply engaging. That is why my colleagues and I have been working so hard to build such a form of Judaism.  And this is especially evident within our work in the Messianic Jewish Rabbinical Council (MJRC).

I'm a Rabbi, writer, thinker, mountain biker, father and husband ... not necessarily in that order. According to my wife, however, I'm just a big nerd. I have degrees in dead languages and ancient stuff. I have studied in various Jewish institutions, including an Orthodox yeshiva in Europe. I get in trouble for making friends with perfect strangers, and for standing on chairs to sing during Shabbos dinner. In addition to being the Senior Rabbi of Simchat Yisrael Messianic Synagogue in West Haven, CT, I write regularly for several publications and speak widely in congregations and conferences. My wife is a Southern-fried Jewish Beltway bandit and a smokin' hot human rights attorney... and please don’t take offense if I dump Tabasco sauce on your cooking.
View all posts by Rabbi Joshua →
This entry was posted in Uncategorized and tagged Messianic Jews, Messianic Judaism, MJRC, nexgen, Spirituality, UMJC. Bookmark the permalink.

29 Responses to Is this ‘Judaism Lite’?