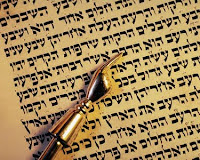 In this week’s Torah portion, parashat Yitro, G-d reveals Himself to the people of Israel during the giving of the Aseret Dibrot – the Ten Commandments. In the Torah, G-d revealed Himself in very physical manifestations on Mt. Sinai. There was thunder and lightning, the ground shook, and a great shofar blast was heard growing louder and louder. And then in the climax of the moment, G-d answered Moshe with a voice (Ex. 19:19). This was a powerful encounter with the G-d of Israel, who made Himself and His will known to the Jewish people.

Luke 7 appears right after a revelation of Yeshua also made from a mountain top. Often known as “the Sermon on the Mount,” the context of Yeshua’s message is actually paralleled with the giving of the Torah on Mt. Sinai. Yeshua’s message is rooted in Jewish legal – halachic – style and nature. Similar to the giving of the Torah, it is also a revelation of G-d’s will to humanity – a sort of “second Sinai experience.” Instead of thunder and lighting, however, G-d’s character became further made known through Yeshua.

Luke 7:1-17 describes two miracles performed by Yeshua. The first miracle was the healing of an influential Roman officer’s servant, and the second is the healing of a dead man who was the only son of a widow in the city. At the end of the section, Luke describes that the town’s people “were all filled with awe and gave glory to G-d, saying, ‘A great prophet has appeared among us,’ and, ‘G-d has come to His people.’ This report about him spread throughout all of Y’hudah and the surrounding countryside (Luke 7:16-17).”

Through both of these portions, we gain a glimpse of G-d’s attributes and guidelines for our lives. Through Yeshua, we see the G-d of Israel, the same G-d who revealed himself to Moshe on Mt. Sinai. As Paul states in Colossians, “He is the visible image of the invisible G-d (Col. 1:15).” And in the same way, G-d wants to reveal Himself to us in a very personal and real way.

Each and every one of us has the opportunity to engage HaShem in our own Sinai experience – individually and corporately. So the next time the Torah is removed from the ark, remember the original revelation on Mt. Sinai, and relive the giving of the Torah. For G-d wants to reveal Himself to, and through you in the same way.

I'm a Rabbi, writer, thinker, mountain biker, father and husband ... not necessarily in that order. According to my wife, however, I'm just a big nerd. I have degrees in dead languages and ancient stuff. I have studied in various Jewish institutions, including an Orthodox yeshiva in Europe. I get in trouble for making friends with perfect strangers, and for standing on chairs to sing during Shabbos dinner. In addition to being the Senior Rabbi of Simchat Yisrael Messianic Synagogue in West Haven, CT, I write regularly for several publications and speak widely in congregations and conferences. My wife is a Southern-fried Jewish Beltway bandit and a smokin' hot human rights attorney... and please don’t take offense if I dump Tabasco sauce on your cooking.
View all posts by Rabbi Joshua →
This entry was posted in Uncategorized and tagged New Testament, torah, Yeshua. Bookmark the permalink.