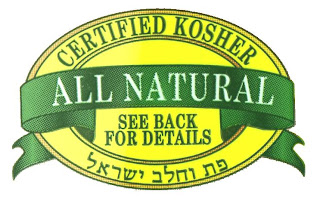 My friend and colleague, Rabbi Dr. Michael Schiffman, has raised an important discussion on his blog concerning the use of the title “rabbi” within the Messianic Jewish Movement, and whether or not those who use the title are ‘kosher.’

This is important because far too many people within the broader Messianic movement use the title “rabbi” without any formal education, rabbinical studies, or recognition. When this is done it is an embarrassment to our movement, weakens our credibility, and makes the job of my colleagues and I that much harder. After all, it is actually fraud if someone claims to be a lawyer when they are not. Or claims to be a doctor, when they did not complete the requisite study.

When someone assumes a title they did not earn (or can back-up) they weaken the meaning of the title. For centuries a rabbi has been defined as a scholar of Jewish law and practice. Historically, rabbis were consulted as experts on matters of halachah and its application. It is only in the last two hundred years or so that rabbis have been expected to take on more of a pastoral role, and assume a position of being the “professional Jew.” However, as the roles of rabbis have evolved over the last two hundred years, what has not changed is the expectation of the rabbi as a scholar.

The issue is not whether someone can be an effective leader without being an ordained rabbi. The issue has to do with the use of the title rabbi which has a clear and specific meaning. If one does not agree with the meaning, they do not have to use (nor should they) the title.

One becomes a rabbi by receiving s’micha from another rabbi or group of rabbis after the completion of a formal level of study. Furthermore, conferment of s’micha MUST be passed down from those who already possess s’micha from a recognized body or individual (and cannot be self-administered). Today, most rabbis are graduates of a rabbinical seminary; which is often a 5 year graduate level education. Within the Orthodox and Jewish Renewal communities, s’micha from an individual rabbi is still widely practiced after completing a particular level of study.

I am proud to be a part of a small group of Messianic rabbis who are rabbis in every sense of the word – and have worked very hard to get to this point. We officiate at life cycle events, decide on halachic matters, study and teach Jewish history and texts – yet remain rooted in Mashiach. My colleagues and I have had to immerse ourselves in Jewish life. We have had to complete graduate level educations in Jewish Studies, have a thorough understanding of Jewish history, Hebrew, prayer, Jewish texts, and halachah; and have studied in yeshivot and other Jewish institutions. Many of us even hold credentials within the wider Jewish community.

The s’micha administered today by the UMJC (for example) meets these criteria in both academic requirements AND in the chain of succession of conferment. Because we readily recognize the need of learned and well-prepared leaders, we are also always working hard on regularly increasing requirements and expectations of what it means to be a Messianic Rabbi.

In fact (stay tuned) as the MJRC is currently working on, and will soon be releasing, a formal document clearly defining the term “Messianic Rabbi” from our perspective.

I'm a Rabbi, writer, thinker, mountain biker, father and husband ... not necessarily in that order. According to my wife, however, I'm just a big nerd. I have degrees in dead languages and ancient stuff. I have studied in various Jewish institutions, including an Orthodox yeshiva in Europe. I get in trouble for making friends with perfect strangers, and for standing on chairs to sing during Shabbos dinner. In addition to being the Senior Rabbi of Simchat Yisrael Messianic Synagogue in West Haven, CT, I write regularly for several publications and speak widely in congregations and conferences. My wife is a Southern-fried Jewish Beltway bandit and a smokin' hot human rights attorney... and please don’t take offense if I dump Tabasco sauce on your cooking.
View all posts by Rabbi Joshua →
This entry was posted in Uncategorized and tagged Jewish life, Messianic Judaism, MJRC, rabbi, rabbinics, UMJC. Bookmark the permalink.

11 Responses to Are We Kosher?