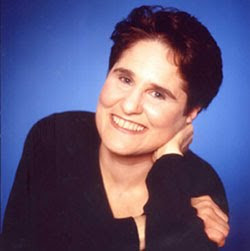 The Jewish community is buzzing with the news that beloved Jewish folk singer Debbie Friedman passed away this morning at 5:49am (PST). She had been in a coma for a few days, and going into the weekend countless Jewish tweets, messages, and emails were reminding people to pray for rafuah shleimah.

According to the Jewish Journal:

“Friedman had been in critical condition and was being held on a respirator in a medically-induced coma in an Orange County, California hospital.

A healing service was scheduled for Sunday evening at the Manhattan JCC and was set to be viewed online. There is no word if the service will become a memorial tribute or not.

According to JTA, ‘Friedman, who was in her late 50s, is widely credited with reinvigorating synagogue music by introducing a more folksy, sing-along style to American congregations. In 2007 she was appointed to the faculty of the Reform movement’s cantorial school in a sign that her style had gained mainstream acceptance.’”

Countless Jewish people across the world have been inspired by her music, warmth, and stories. She was a sort of female Shlomo Carlebach in regard to her impact on Jewish music, liturgy, and prayer. So many of her melodies have now become staples in many congregations – songs like “Mi Sheberach,” her melody for Havdalah, and “Lechi Lach.”

For two years I taught Hebrew school at a very large Reform synagogue. Many of her songs were staples for chapels and Summer camps because they were moving, spiritual, and singable. In 2005 I attended one of her concerts and I must say, it was one of the most spiritual experiences of my life (and, trust me … I have been to all kinds of concerts and worship services). I will never forget that evening, and the way it furthered my own Jewish spirituality and journey. Her music carries a very sweet place within my own neshama as it does within numerous other Jewish people around the world.

This afternoon a great tribute was published in the Jerusalem Post. And for those interested, you can watch this tribute video from 1997 by Union of Reform Judaism.

I am truly saddened and join the rest of the wider Jewish community in mourning her passing. May Debbie Friedman now sing with the angels in heaven and may her memory and music continue to inspire countless generations. ברוך דיין האמת – Baruch Dayan HaEmet.
———–

***UPDATE: You can watch the video of today’s funeral service for Debbie Friedman HERE.

I'm a Rabbi, writer, thinker, mountain biker, father and husband ... not necessarily in that order. According to my wife, however, I'm just a big nerd. I have degrees in dead languages and ancient stuff. I have studied in various Jewish institutions, including an Orthodox yeshiva in Europe. I get in trouble for making friends with perfect strangers, and for standing on chairs to sing during Shabbos dinner. In addition to being the Senior Rabbi of Simchat Yisrael Messianic Synagogue in West Haven, CT, I write regularly for several publications and speak widely in congregations and conferences. My wife is a Southern-fried Jewish Beltway bandit and a smokin' hot human rights attorney... and please don’t take offense if I dump Tabasco sauce on your cooking.
View all posts by Rabbi Joshua →
This entry was posted in Uncategorized and tagged Jewish life, Jews in the News, music, Spirituality. Bookmark the permalink.

2 Responses to Passing of Debbie Friedman