Babies, bellies, and getting Jews in the pews

*A Radical Repost (Because the first time around just wasn’t good enough! ) 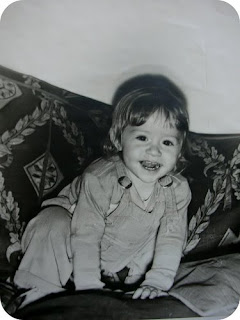 Derek Leman kicked off a discussion “on the human need (or lack thereof) for congregation.” It got me thinking, once again, about the purpose of Jewish community, and whether we’re any closer to meeting the very human need for kehilla within the four walls of our synagogues.

As a movement, we’re routinely criticized by fellow Jews for lacking in authenticity, credibility, or a sense of theological maturity. Many of these accusations are (sadly) apt, but none need stand in perpetuity. The only real stumbling block that our Jewish friends and relatives should encounter when stepping into our synagogues is our claim that Yeshua is Mashiach. Not tacky banners, not random shofar blowings, not Powerpoint siddurim, and certainly not “rabbis” who can barely read Hebrew.

I’ll submit that if the latter are operative norms in your congregation, and you’re scratching your head wondering why more Jews aren’t sitting in your pews, that you’ve just landed on the answer. There’s just too much nonsense coming between the average Jewish visitor and the claim that Yeshua is Mashiach.

I also want to submit that the path to “getting Jews in the pews” is not necessarily to look, feel, and smell more like a standard-issue Conservative synagogue. Go to one of those suburban synagogues on a non-Holiday weekend, and count the Jews in the pews. If it isn’t Orthodox, and you find more than a smattering of retirees, a confirmation class, and the family whose kid is having a b’nai mitzvah that weekend, I’ll personally wire you $50.*

Instead, I want to encourage you to visit some of the experimental communities that are rapidly changing the face of 21st century Judaism and engaging Jews across the spectrum – young and old, committed and unaffiliated. Derek Leman has expressed some hesitation about the long-term impact of these experiments (do they really satisfy the human need for community or are they as ineffective as they are fashionable?). But we’ve seen genuine value in emerging kehillot that have enjoyed a few years to work out the kinks. 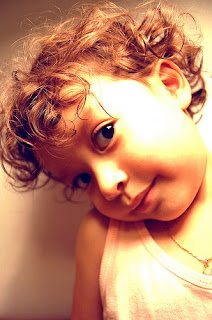 Take a look see. Seriously, take notes! You’ll be surprised to find babies and bellies – the most universal indicator of a church or synagogue’s potential for long-term growth – all over the place. There’s something incredibly compelling about these kehillot, and there’s a deep spiritual hunger within our fellow Jews that these communities are satisfying. The really critical distinction between these emerging groups and the traditional suburban shuls dealing with declining membership is the vertical/horizontal divide that we’ve harped on before.

While traditional shuls (including the average suburban Messianic synagogue) are organized vertically (top down), emerging kehillot are generally a cozy home for the under-40 set, which feels that post-modernism, post-denominationalism, and post-partisanism are comfortable (rather than threatening) paradigms. The “horizontal” generation values collaboration, and seeks a spiritual home where our ideas, talents, and perspectives are valued, put to work, and allowed to transform the community … not just put on display.

The take home message is that if a congregation wants Jews in the pews (along with their babies and their bellies), it needs to go through a somewhat painful process of self-evaluation. First, a congregation must ask itself

Why, exactly, are we here? What are we trying to build together and who do we need as partners to build it?

I would hope a synagogue would come to the conclusion that it exists to provide a spiritual home for Jews who follow Yeshua, and that it needs a sizeable contingent of young professionals, couples, and families to carry its vision into the next generation. The second question is this:

Just what is it about our community that’s alienating to these elusive Jewish ‘babies and bellies?‘

After landing on the beginnings of an answer, it’s time to grasp the idea that when you welcome young people into your community, you welcome their input as well (not just their warm bodies). This is the defining feature of a horizontal community, after all. It’s a place where people are more than benchwarmers and less than the owners of carefully guarded turf.

The real challenge comes when a congregation tries to satisfy the spiritual hunger of the young, while simultaneously accommodating the preference for “the way it’s always been” among the old. We’ve seen a few established shuls do this successfully in LA, often by creating a lively monthly Kabbalat Shabbat service led and attended by the young’uns. Of course the necessary changes go deeper than simply propping up an extra service, but Friday night is a nice place to begin.

Maybe I’m incredibly naive, but I really do hold out hope that Messianic synagogues can become vibrant spiritual homes for Jews who follow Yeshua. And I’m still convinced that the way to do that is to embrace and satisfy the spiritual hunger of young Jews … with babies and bellies galore.

Chocoholic, jazz head ... prone to rants, and a professional pitbull. I married a terrific guy who happens to be a rabbi, so I guess that makes me a rebbetzin. Who saw that one coming? My grandparents survived the Shoah and spent their lives in the service of others. On my best days, I walk in their footsteps.
View all posts by Monique →
This entry was posted in Uncategorized and tagged community, nexgen, practical suggestions, rabbinics, Spirituality. Bookmark the permalink.

16 Responses to Babies, bellies, and getting Jews in the pews