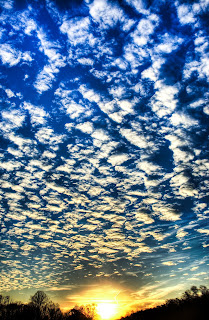 When the average Jew thinks about the afterlife, they often draw a blank, says Nathaniel Deutsch in a smart and witty article in a recent issue of Reboot.

“Asked about Christianity, they might say something about pearly gates or fire and brimstone; asked about Islam, they might conjure up the phrase “black-eyed virgins”; asked about Hinduism, an entire generation of Jewish yoga students would unhesitatingly mention reincarnation. But ask the same Jews about Judaism, and many would draw a blank.”

Embarking in a crash course on “Jews and Heaven 101,” Deutsch skims over varied Jewish texts that discuss the afterlife, giving us a stunning portrait of what Jews have come to expect when we croak.

“[T]he biblical view is that the dead return to dust and then end up in a gloomy, subterranean place called Sheol, where they mope around for eternity. … [In rabbinic writings,] instead of wasting away in Sheol, you could now look forward to being physically resurrected during the Messianic Age … the rabbis also developed the concept of the “world to come,” or olam ha-ba. After spending a lifetime in “this world” (olam ha-ze), the rabbis believed that people made their way to the world to come, where the righteous ended up in the heavenly Garden of Eden (Gan Eden)and the wicked in Geihinnom, a kind of Jewish purgatory.”

Deutsch retells his father’s vision of heaven during open-heart surgery. (Do take a look! It’s a fabulous tale, with Coco Chanel and Moshe Rabbenu as guest stars in the Yeshiva on High.) And he concludes that “these beliefs are not organized systematically, and they’ve changed over time, so it’s impossible to offer a definitive Jewish account of what to expect in the afterlife.”

We agree that it’s basically impossible to construct a homogenous vision of heaven from these texts and observations, but we’re excited to see parallels between New Testament writings on the afterlife/heaven/”world to come” and other Jewish texts. N.T. Wright, an Anglican bishop, sums it up nicely in a recent interview with Time Magazine:

“the New Testament is much more interested in what I’ve called the lifeafter life after death — in the ultimate resurrection into the new heavens and the new Earth. Jesus’ resurrection marks the beginning of a restoration that he will complete upon his return. Part of this will be the resurrection of all the dead, who will “awake,” be embodied and participate in the renewal … In Revelation and Paul’s letters we are told that God’s people will actually be running the new world on God’s behalf. The idea of our participation in the new creation goes back to Genesis, when humans are supposed to be running the Garden and looking after the animals. If you transpose that all the way through, it’s a picture like the one that you get at the end of Revelation.”

In our view, the New Testament writers’ vision for the afterlife is a deeply Jewish view … lets call it a “renewed” Jewish view of HaShem’s master plan for creation. Renewed by the knowledge that Mashiach has come and is in the process of returning … and by the anticipation of partnering with HaShem in the world to come (AKA “the new heavens and the new Earth”).

Chocoholic, jazz head ... prone to rants, and a professional pitbull. I married a terrific guy who happens to be a rabbi, so I guess that makes me a rebbetzin. Who saw that one coming? My grandparents survived the Shoah and spent their lives in the service of others. On my best days, I walk in their footsteps.
View all posts by Monique →
This entry was posted in Uncategorized and tagged Afterlife, Bible, heaven, mashiach, Messiah, mysticism, New Testament. Bookmark the permalink.