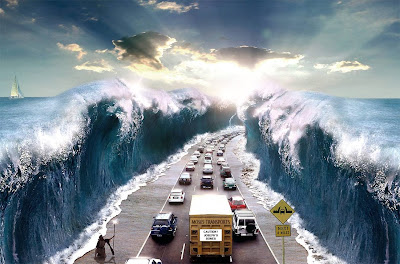 Then He said to me, “Human being! These bones are the whole house of Israel; and they are saying, ‘Our bones have dried up, our hope is gone, and we are completely cut off.’ Therefore prophesy…then you will know that I am HaShem – when I have opened your graves and made you get up out of your graves, my people! I will put my Spirit in you; and you will be alive. Then I will place you in your own land; and you will know that I, HaShem, have spoken, and that I have done it, says HaShem.” (Ezekiel 37: 11-14)

What is the connection between this week’s Haftarah reading and Passover? T

his portion was specifically chosen by the rabbis to be the Haftarah reading for Shabbat Pesach. With other more direct allusions to Passover existent in the Biblical text, the choice of this specific portion does seem to be a bit odd.

With a careful re-reading of the text one quickly notices familiar themes of redemption, renewal, and the ultimate promise to bring the Jewish people back to our Promised Land. These themes are echoed in numerous passages from the Torah in relation to the Exodus from Egypt.

Therefore, say to the people of Israel: “I am HaShem. I will free you from the forced labor of the Egyptians, rescue you from their oppression, and redeem you with an outstretched arm and with great judgments. I will take you as my people, and I will be your G-d. Then you will know that I am HaShem, who freed you from the forced labor of the Egyptians. I will bring you into the land which I swore to give to Abraham, Isaac, and Jacob.”

I'm a Rabbi, writer, thinker, mountain biker, father and husband ... not necessarily in that order. According to my wife, however, I'm just a big nerd. I have degrees in dead languages and ancient stuff. I have studied in various Jewish institutions, including an Orthodox yeshiva in Europe. I get in trouble for making friends with perfect strangers, and for standing on chairs to sing during Shabbos dinner. In addition to being the Senior Rabbi of Beth Emunah Messianic Synagogue in Agoura Hills, CA, I write regularly for several publications and speak widely in congregations and conferences. My wife is a Southern-fried Jewish Beltway bandit and a smokin' hot human rights attorney... and please don’t take offense if I dump Tabasco sauce on your cooking.
View all posts by Rabbi Joshua →
This entry was posted in Uncategorized and tagged Haftarah, Passover, Pieces of Parasha, torah. Bookmark the permalink.