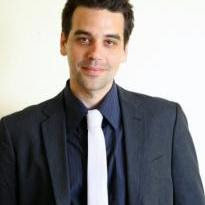 [F]or the most part the Messianic community in Israel is made of upstanding citizens (most of whom were born Jewish) who go into the army (unlike most of their haredi antagonists), pay their taxes, vote, are peaceful, and lead a quite Jewish lifestyle. Their situation forces us to ask the uncomfortable question: Should people who have chosen to practice and interpret their Judaism differently from the majority (which itself was never hegemonic or monolithic), live in a (Jewish) state of fear and persecution?

Chocoholic, jazz head ... prone to rants, and a professional pitbull. I married a terrific guy who happens to be a rabbi, so I guess that makes me a rebbetzin. Who saw that one coming? My grandparents survived the Shoah and spent their lives in the service of others. On my best days, I walk in their footsteps.
View all posts by Monique →
This entry was posted in Uncategorized and tagged israel, Jewish Believers, Quote of the Day. Bookmark the permalink.