What do we call a woman rabbi?

Posted on July 16, 2009 by Rabbi Joshua
The question in Israel this week … is what to call a woman Rabbi?

According to the Jerusalem Post hundreds of Orthodox and religious women gathered in Israel for a conference on women and women’s issues within Orthodoxy. The conference is organized by Kolech, an Orthodox women’s organization in Israel. 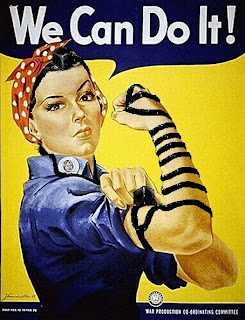 One of the primary discussions on Monday was the question of what to call a woman who has smicha. Rabanit? Rabbah? Maharat? … maybe just Rabbi? A vote was taken on Monday and will be submitted to scholars to discuss the matter further before the group releases their recommendation.
According to Dr. Chana Kehat, a former chairwoman of Kolech:

I’d estimate that within five years, we will be seeing women making groundbreaking decisions on Halachah … it will take a few more years for people to get used to the idea, but it will happen.

Although there are currently only two Orthodox women rabbis in Israel, there are a number of women who hold leadership positions, teaching positions, and those who are able to decide halachic matters.
Indeed, the times they are a changin …
This is a subject we have blogged about several times in the past. Although there will still be small pockets within Orthodoxy who will hold out against women rabbis (and women serving in many different roles), the Orthodox world will look different in the future.
However, change never comes easy. The expanding role of women in Jewish life is not without criticism and opposition.
According to the JPost article, Rabbi Yehoshua Shapira, head of the Ramat Gan Hesder Yeshiva, was one of the most prominent voices to attack changes in Jewish tradition. Shapira warned these reformers “undermine the Godliness of the Torah and its continuity today, both of which are based on contemporary rabbinic authority. “
Rachel Keren, Kolech’s current chairwoman, shared:

The Kolech conference raises many issues that demonstrate so clearly the need for change in the Orthodox world. One of these issues is leadership. Suggesting that women can also be spiritual and community leaders undermines the existing hierarchies and frameworks.

But, Kolech also breaks other taboos, such as our demand to confront domestic sexual abuse and fight denial of this phenomenon. And for many rabbis, this is not easy to accept.

Keren touches on something important. What is at stake for many of these women is not so much women becoming rabbis. It is the empowerment of women within traditional Jewish life, and the need to confront a number of issues the rabbinic establishment as a whole still refuses to address. This is especially true in regard to Agunot (literally “chained” – women whose dead-beat husbands refuse to give them a Get – a writ of divorce). An Agunah withouot a get cannot remarry, and if she does, her children are considered mamzerim (bastards) and for the rest of their lives carry a halachic stigma – and can only marry other mamzerim.
To this day – the religious Beit-Din establishment around the world is still not willing to work out a compromise for those dead-beat husbands who maybe run off with another woman, who don’t pay child support, and/or just simply refuse to give their wives a get. It is another abusive tactic to keep their wives chained – even after they are long gone.
The issue of Agunot is just one of many issues affecting religious women today. So a call for change is not just about what to call a woman rabbi. It has to do with women also being recognized as valued and empowered to best move Judaism forward.

I'm a Rabbi, writer, thinker, mountain biker, father and husband ... not necessarily in that order. According to my wife, however, I'm just a big nerd. I have degrees in dead languages and ancient stuff. I have studied in various Jewish institutions, including an Orthodox yeshiva in Europe. I get in trouble for making friends with perfect strangers, and for standing on chairs to sing during Shabbos dinner. In addition to being the Senior Rabbi of Simchat Yisrael Messianic Synagogue in West Haven, CT, I write regularly for several publications and speak widely in congregations and conferences. My wife is a Southern-fried Jewish Beltway bandit and a smokin' hot human rights attorney... and please don’t take offense if I dump Tabasco sauce on your cooking.
View all posts by Rabbi Joshua →
This entry was posted in Uncategorized and tagged women, Women rabbis. Bookmark the permalink.

11 Responses to What do we call a woman rabbi?