To ascend or not to ascend? 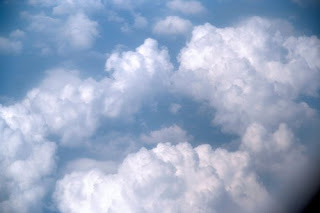 Can Ascension to Heaven happen physically or only in a vision? And does the New Testament serve as a link between earlier biblical thought on Heavenly Ascent and later rabbinic and mystical thought?

This idea was originally introduced and raised by the experiences of Enoch and Elijah, who were both described as having been taken to heaven (see Gen. 5:24, and 2 Kings 2:1-11).

Yet the idea of heavenly ascent takes on a whole new meaning with the introduction of the Book of Watchers, as preserved in 1 Enoch:

And it was shown to me thus in a vision: Behold! Clouds were calling me in my vision, and dark clouds were calling out to me; fire-balls and lightening were hastening me on and driving me, and winds, in my vision were bearing me aloft, and they raised me upwards and carried and brought me into the heavens (1Enoch 14:8).

This account draws heavily upon the prophetic accounts of Ezekiel, Isaiah, Daniel and others (esp. the famous merkavah account in Ezek. 1) in which the throne room of G-d is described in detail.

This is not all that different from an experience described by Paul in 2 Corinthians 12:

I have to boast. There is nothing to be gained by it, but I will go on to visions and revelations of the Lord. I know a man in union with the Messiah who fourteen years ago was snatched up to the third heaven; whether he was in body or outside the body I do not know, God knows. And I know that such a man – whether in the body or apart from the body I don’t know, God knows – was snatched into Paradise and heard things that cannot be put into words, things unlawful for a human being to utter (CJB, vs. 1-4).

Paul describes his experience of ascending into paradise and having witnessed things that are impossible/unlawful to recount. Although we do not have the throne room vision in Paul’s account as we do in Enoch, the connection of ascension to heaven is clear.

However, Paul notes something that sets his experience apart from Enoch’s in that he specifically mentions he cannot explain whether his ascension was strictly in a vision, or whether it actually took place bodily. Enoch’s experience was clearly a vision, because he says so.

It seems to me that this reference, in connection with other citations of bodily translation preserved in the New Testament (for example, Phillip’s being snatched away after his encounter with an Ethiopian eunuch in Acts 8:39), highlights another transition in Jewish Ascension thought – that heavenly ascent could happen bodily or within a vision. Paul’s mention of the possibility that it could have taken place bodily did not discredit his account.

Due to the fact that there seems to be some type of a transition in ascension thought to include the possibility of the event taking place bodily, Paul’s account could well indeed serve as a link between older Jewish ascension texts (like 1 Enoch), and stories preserved in rabbinical sources (like the Four Rabbis Who Entered Pardes), and the later Merkavah and Heikhalot mystical texts.

I'm a Rabbi, writer, thinker, mountain biker, father and husband ... not necessarily in that order. According to my wife, however, I'm just a big nerd. I have degrees in dead languages and ancient stuff. I have studied in various Jewish institutions, including an Orthodox yeshiva in Europe. I get in trouble for making friends with perfect strangers, and for standing on chairs to sing during Shabbos dinner. In addition to being the Senior Rabbi of Simchat Yisrael Messianic Synagogue in West Haven, CT, I write regularly for several publications and speak widely in congregations and conferences. My wife is a Southern-fried Jewish Beltway bandit and a smokin' hot human rights attorney... and please don’t take offense if I dump Tabasco sauce on your cooking.
View all posts by Rabbi Joshua →
This entry was posted in Uncategorized and tagged heaven, mysticism, New Testament, Spirituality. Bookmark the permalink.

4 Responses to To ascend or not to ascend?