Where have all the Jews gone? 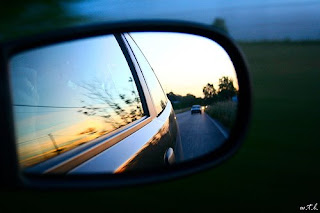 A good friend of mine, Derek Leman, today posted an entry titled “Who let the Jews Out.” It is an excellent critique of the direction Messianic Judaism has taken in the last 10 to 15 years. His post has led to a lengthy discussion on the role of non-Jews, and the future direction of the Movement.

for Kesher in its Summer/Fall 2006 issue. I observed that despite the seeming success of the modern Messianic Jewish Movement in America, it has failed to reach Jews:

Although much attention is often given to the growth of Messianic Judaism since its inception in the 1960’s and 70’s, there is also a failure to recognize the fact that the Messianic Movement has not been as successful as it claims in reaching out to the larger Jewish community. Although Messianic congregations are springing up around the world, very few of these congregations have sizable Jewish numbers, and tend to be quite small.

As Derek argues in his blog, if Messianic Judaism is ever to become what many of us believe it should be, it must overcome its current crisis of identity and address the causes of this phenomenon. Our position is that until the movement as a whole (or at least a substantial sector) comes to agreement on the purpose of our existence, these issues will remain.

Stay tuned as we share our own thoughts on the

purpose and goals of a Yeshua-infused Judaism.

I'm a Rabbi, writer, thinker, mountain biker, father and husband ... not necessarily in that order. According to my wife, however, I'm just a big nerd. I have degrees in dead languages and ancient stuff. I have studied in various Jewish institutions, including an Orthodox yeshiva in Europe. I get in trouble for making friends with perfect strangers, and for standing on chairs to sing during Shabbos dinner. In addition to being the Senior Rabbi of Simchat Yisrael Messianic Synagogue in West Haven, CT, I write regularly for several publications and speak widely in congregations and conferences. My wife is a Southern-fried Jewish Beltway bandit and a smokin' hot human rights attorney... and please don’t take offense if I dump Tabasco sauce on your cooking.
View all posts by Rabbi Joshua →
This entry was posted in Uncategorized and tagged identity. Bookmark the permalink.

2 Responses to Where have all the Jews gone?