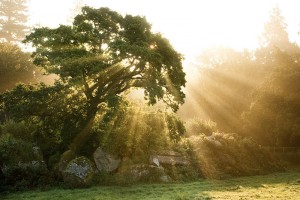 Let’s consider two ways of looking at the meaning of time and events: naturalism and messianism. There are certainly other ideas about history, the present, and the future, but for simplicity’s sake, I’m only interested in these two. By naturalism I mean that the natural which we observe is all there is, so that we must accept the meaninglessness and entropy of all that is. By messianism I mean the Jewish and Christian hope of a hidden tendency of time to run from death to life, from decay to renewal, from divine silence to divine Presence.

What will happen to us? What will come of this decaying world? How do we explain the current meaninglessness of our existence? What could a messiah or a messianic age or some arc toward a messianic age have to do with anything?

This is all very much on my mind as I am engaged in a year-long close reading of Isaiah and also teaching a series on Future Hope at our congregation. It’s tempting to pull a Pacal’s wager here:

What more can we say about naturalism vs. messianism?

EVIDENCE FOR NATURALISM
God is hidden if he exists at all (and in this view he does not). Every reason for believing has its counterpart in a reason for doubt. Death happens to us all. No knight on a shining white destrier comes to save us from the dragon. The universe is so vast it seems meaningless and void. Every emotion and instinct we have seems as though it can be explained by physics and chemistry. Our highest aspirations may just be hormonal. The clever destroyers of faith now tell us that our capacity to believe in the father in the sky is an evolutionary adaptation of humans which makes us better at survival in the bleak reality of a world of death. Believing a lie, they say, is good for survival. And in case we start to be infected with a case of naive optimism that there really is meaning, we will soon experience the greatest challenge. We will see some meaningless death or suffering. We will ask why this child died and another lived, why this one was born disabled and another not, or we will see a starving mother trying to keep her children alive while another eats five hundred dollar meals every weeknight in a gross display of excess.

EVIDENCE FOR MESSIANISM
Two books have been especially helpful for me and at one time I was reviewing them both here on Messianic Jewish Musings (with a series on each book and comparisons between them): Abraham Joshua Heschel’s God in Search of Man and C.S. Lewis’s Miracles. I cannot more highly recommend any two books for people who want to believe or who are afraid to believe or who believe and want support.

Heschel talks about the evidence that is all around us. If we sense the sublime in all things we find a connection to God who is there. Ultimately he says we find God in three places: the sublime we sense in the world and in people, in the holy words of the prophets, and in holy deeds of love and sacrifice which reveal to us a meaning foolish to deny.

Focusing in on the third place Heschel says we find God: when we love, truly love, any other person, we admit naturalism is untrue.

Lewis, in Miracles, gives a devastating argument against naturalism. If naturalism is true, we’ve no reason to trust our brains (random molecules, after all) and thus the very reason people tend to believe naturalism (thought or reason) is proved untrustworthy by that very same naturalism. Here is a paragraph I wrote in my series on Lewis’s book:

MESSIANISM AND WHERE EVERYTHING IS HEADED
Never again will they learn war. You will increase in gladness. There will be no end to Messiah’s government … he will establish it with justice. The poor will be cared for with righteousness. The wolf will dwell with the lamb … the lion will eat straw like the ox. They will not hurt or destroy. There will be rest forever from pain and turmoil. Hashem will heal. The dead will live. The whole world will be full of fruit. All the peoples, including Egypt and Assyria, will worship Hashem in Jerusalem. All will stand in awe of Hashem. The earth will be a peaceful habitation. Our eyes will see the King in his beauty. The redeemed will all be there. All flesh will see the Glory of Hashem together. The waste places will be a pool of water and a fountain of beauty. Prisoners will all be free. Everyone who has been formed and made by God will be blessed. We will be engraved on Hashem’s hand. All our previous affliction will be comforted forever. The desert will be a garden of Hashem. Joy and gladness will be found everywhere. Hashem will be the light; sun and moon will be needed no more. We will have a garland instead of ashes. God will rejoice over you. We will banquet and drink wine in the everlasting feast of Hashem.

And that’s just what Isaiah says.

16 Responses to Meditations on Future Hope