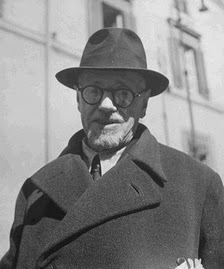 Rabbi Joshua Brumbach is doing us all a great service. He is cataloguing rabbis who believe in Yeshua as Messiah (so far 19th and 20th century figures on his list). I hope he will make a book with these vignettes (if nobody else is interested, I’ll publish it). It would also be great if he shared his sources and used some footnotes. But his list already is more detailed and extensive than I would have imagined. The rabbi pictured here is Israel Zolli, who was chief rabbi in Rome when the Nazis came in. He saved about 4,000 Jews. And he said of Yeshua:

Yes, positively. I have believed it many years. And now I am so firmly convinced of the truth of it that I can face the whole world and defend my faith with the certainty and solidity of the mountains.

See Rabbi Joshua’s list and the stories he shares: “Rabbis Who Thought for Themselves.”