Not Excited About the People of Zion? 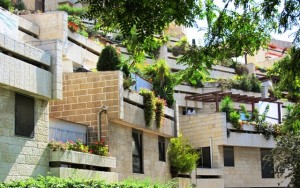 Source: http://realjerusalemstreets.files.wordpress.com A great place to see Jerusalem in photography.

Why do we argue? Why do we care so much? It is, no doubt, because questions of identity, the role each one of us plays in God’s plan, is fundamental to who we are.

Out here in Internet-Land we have a diversity of people. The many groups who share in a “Messianic” faith come from different places and struggle with identity from different ends of the spectrum. I am a convert to Judaism and my journey to Judaism started as a journey to Jesus in college. It was through Jesus that I fell in love with Jewish history, the meaning of Jewish life in the Western world, and the past, present, and future of the people of Israel. I joined this great nation because I have been caught up in the vision ever since. And after a decade and a half of confusion stemming from Dispensationalist Christian teaching (I was a Baptist and thorough-going Dispensationalist), I converted along with my wife and children.

Others are coming into Messianic faith a different way. And it is to this group I hope to say a word. Yesterday, inevitably, an argument broke out. There was a rather uncivil one here in the comments and I had two much more civil conversations via email with others. Many come into the Messianic faith excited about Torah, the full context of walking with Messiah that has been unwisely stifled in the life of Christianity, and unfortunately, for these people it is largely true that love for the people of Israel has been a small or non-existent part of the Messianic equation.

Do you recognize yourself in that statement? Do you recognize your teacher, your group, the viewpoint of those from whom you learn on various websites? Are they zealous for Torah and unenthusiastic or even rancorous toward Judaism and Jewish people?

Have you truly come to the Messianic faith if you love Torah but not the Jewish people? Let us discuss this.

The idea of a Chosen People makes a lot of Messianics feel Unchosen. But I want to suggest that the thing you are resisting is not only biblical, it is beautiful and life-affirming.

In several conversations yesterday and in the frequent interactions I have people use a particular Bible verse in an unusual way. The verse they use is Galatians 3:28, “There is neither Jew nor Greek, there is neither slave nor free, there is neither male nor female; for you are all one in Messiah Yeshua.”

Honestly, this is how Messianic gentiles think of this verse, based on what they write to me:

When you read the numerous biblical promises that are Israel-centered, if you are not Jewish, do not be rankled by them. Be overjoyed with the goodness of God’s plan. Fall in love. Do not say, “If am not the firstborn I don’t feel like a true child.” Believe what the Father says: “I sent my firstborn out looking for those I would adopt and love along with them.”

A book I am reading and will soon review here, by a pastor in New Zealand, makes much of this verse (which has ironic application to the struggle of many non-Jewish Messianics for identity and to grasp the election of Israel):

For the Lord has a day of vengeance, a year of recompense for the cause of Zion.
-Isaiah 34:8

The book I am talking about is The Controversy of Zion and the Time of Jacob’s Trouble by Dalton Lifsey. The King James translates Isaiah 34:8 not as “cause of Zion” but as “controversy of Zion.” (see Lifsey’s book here on amazon and I will be reviewing it soon).

Why should there be, among Messianics, a controversy over Zion? Why should anyone get rankled when I write a blog post stating, as Torah clearly does, that “Torah is not a covenant made with any nation on earth except Israel, but is rather an eternal, unending code of relationship between God and the specific people Israel”?

Do you not know? Have you not heard? You [Israel] shall be my own possession among all peoples … These are the words which you shall speak to the children of Israel … you are a people holy to the Lord your God … a people for his own possession, out of all the peoples that are on the face of the earth … the Lord set his heart in love upon your fathers and chose their descendants after them, you above all peoples (Exod 19:5-6; Deut 7:6-8; 10:15).

How can a Messianic not be excited about the people of Zion? How can the countless promises of Future Hope centered in Zion with the remnant of Israel being the forerunner of end times blessing not thrill a Messianic?

If you and your group are not excited about these things, please, read Deuteronomy again. You say you love Torah. Do you read it?

If you and your group are not excited about these things, learn the Future Hope promises of the prophets. You will find that God’s way of reaching the whole world starting with one people is a covenant of love, not discrimination, and that the inclusion of all God’s sons and daughters follows logically from his choice of Israel as his firstborn.

19 Responses to Not Excited About the People of Zion?