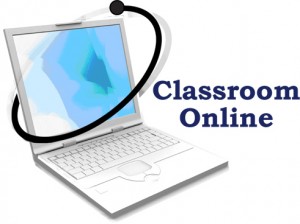 I’ll be teaching an online class through MJTI January 8 – February 12. I’d love to have you in the class. As a prelude to that idea, I want to say a few things about the “New Testament,” the lingo we use, what MJTI is all about, and what the class will be about.

When I write, I do not use the traditional Christian phrase “Old Testament” except in some cases. For example, one of my best-selling books is A New Look at the Old Testament (see it here on amazon). The audience I primarily envisioned for the book was Christians (and many have purchased the book, but also many Messianic Jews). If my title was something like The Hebrew Bible for Today I knew most of my potential audience would worry it had too much Hebrew in it! But I generally use the term Hebrew Bible (or Jewish scriptures) as the name of choice for the corpus generally known as the Old Testament in Christian language. Many use the term Tanach (or Tanakh, which stands for Torah (Pentateuch), Nevi’im (Prophets), and Khetuvim (Writings)). But I know many people would have no idea what I was talking about if Tanakh was my primary designation for these writings. So, Hebrew Bible works well.

There is a very unfortunate tradition in Messianic Judaism to call the New Testament the New Covenant or B’rit Chadashah. Why do I say this is unfortunate? Why do we need to move away from that name and find a more accurate one?

NEW TESTAMENT?
The problem with calling the New Testament the New Covenant or B’rit Chadashah is simple: it gives people the false impression that the scriptures we call the New Testament are the fulfillment of Jeremiah 31:31-35, the New Covenant prophecy. I am not writing here a blog post on the New Covenant theme in the prophets (see Deut 30:6; Isa 59:21; Jer 31:31-35; Ezek 36:24-28). But let me at least say that the prophets of Israel were not talking about a collection of books which included four accounts of Messiah’s life, some letters by the apostles, and a book of apocalyptic visions.

The New Testament is not the New Covenant. Yes, I am aware of the wonderful midrash in Hebrews 9:15-17, which is the source of the word “testament” as the designation for the New Testament. But Hebrews 9 is not talking about a collection of apostolic writings either.

The name that is becoming common coinage is the Apostolic Writings. I think it is a great way to designate the New Testament. I will probably continue saying New Testament in most of what I write, but there is a great advantage for us to shift our thinking about the gospels, epistles, and Revelation if we consider them the writings of the apostles of Yeshua.

MJTI
The Messianic Jewish Theological Institute is an online Jewish studies school based on Los Angeles and also a rabbinical ordination and training program, with onsite courses offered as well in L.A. and Jerusalem. I used to work for them (some people are unaware of the fact that I am no longer employed by MJTI).

My own education is a mish-mosh of colleges from Georgia Tech, here in Atlanta, to Moody Bible Institute in Chicago, to Emory University (where I received an M.A. in Hebrew Bible), to MJTI (where I completed my requirements for rabbinical ordination and where I continue to take classes during summers).

To me, the greatest thing about MJTI is the affordability of its online classes and the fact that MJTI offers classes to those other than graduate students. You do not need a degree to take a Foundations class. You can find MJTI at SJS.MJTI.org

UPCOMING FOUNDATIONS CLASS IN APOSTOLIC WRITINGS
I will be teaching an online class January 8 – February 12, F102, Survey of Apostolic Writings. Let me say a few things about what the class will consist of and try to persuade some of you to take it.

Here is the course description:

As the Yeshua movement spread it needed definitive stories and instruction from the circles of the Apostles for guidance and transmission. This course will introduce students to the history behind the Apostolic Writings and the ideas and practices contained in them. Special attention will be devoted to the Jewish context, the new situation of gentile believers, the pastoral needs of second and third generation believers, and the literary and rhetorical methods of the authors.

There will be six online sessions to listen to, a class blog for discussion with other students and myself, and two textbooks to read from (we don’t read them cover to cover):

The focus of the class will be practical equipping, so that students will be better prepared for future reading and study.

The six class sessions will include:
1. Why the Apostolic Writings? The pastoral needs of the early Yeshua movement. Dying eyewitnesses. Newly included gentiles. Marginality to synagogues and Roman administrators.
2. Gospel origins and settings. Eyewitnesses evident as the source of the gospels. Intro to the Synoptic problem, Q, relation of Fourth Gospel to synoptics.
3. Literary character of gospels and reading strategies.
4. Old and New Perspectives on Paul. Paul as Jewish teacher in a gentile movement for God and Messiah.
5. Paul vs. James? Paul vs. Peter? Epistles of Peter, James, Hebrews.
6. Epistles of John and Revelation.

The cost to audit the class is $175. There will likely be a sale as the class gets nearer (there was a sale for the current Foundations Class being taught by my good friend Rabbi Joshua Brumbach).

If you would like to stay informed and if you are 90% sure you’d like to take the class, email me at yeshuaincontext at gmail.

This entry was posted in Bible, Education. Bookmark the permalink.