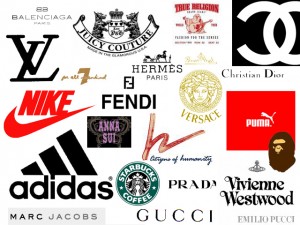 Scenario #1: You are a Jew or Christian and only somewhat familiar with “Messianic” congregations. You decide to visit one. The website for the place you choose says that it is “Messianic.” What might you find? My answer: what you will find is a crap-shoot. That is, there are so many groups out there with so much diversity, and some are very weird as opposed to others that only slightly weird. I, personally, aim to be in the only-slightly-weird category.

Scenario #2: You been in a “Messianic” congregation for a while. But your exposure to the broader movement and to different congregations and ideas is limited. You wonder if all groups out there are much like yours in terms of practice and belief. You’re curious what else is out there and how representative your group is or is not.

I have in the past attempted to catalogue some of the variety of groups using the label “Messianic.” I will reveal my biases certainly as I describe the groups (as I see them). I welcome discussion, disagreement, suggestions for additions or deletions, comments such as “your description of my group is untrue,” and so on. I suggest that if you challenge my description you offer a few sentences of evidence or support for your assertion. If you persuade me, I’ll even edit my description.

Meanwhile, here we go for a Cyclopedia of Messianic Groups . . .

Now, on to my descriptions of the various types . . .

Messianic Synagogues: Hashivenu-style, Yeshua-centered synagogues.
Hashivenu is a fellowship of leaders in Messianic Judaism committed to raising up a Judaism devoted to following Yeshua. I have greatly benefitted from my involvement in Hashivenu, though I must say my congregation does not fit this category. There are very few of these, less than fifty to be sure, in the world. There are many who think of themselves in this category but who perhaps should be more forthright about the true makeup of their congregation. When half your people are not Jewish, you belong (in my opinion) in the category below which I call “Blended Messianic Congregations.” A true Messianic Synagogue will be mostly Jewish (I would say 60% or more) in membership, will have exclusively Jewish leadership (usually), and will generally resemble a Conservative Synagogue in practice. It would be possible to pattern observance more on the Orthodox pattern, but I am not aware of such a congregation in the U.S. Oddly, if a congregation has an Orthodox level of practice, they are generally made up mostly of non-Jews. Confused? Yes, you should be.

Hebrew Pentecostals: Charismatic Hebrew Christian congregations.
If you visit a well-established group, or especially a congregation of substantial size (100 people or more in attendance), this is most likely what you will find. The label “IAMCS” (same as “MJAA”) and “UMJC” often means this is what you will find inside. The service is very similar to an Assemblies of God but with yarmulkes, tallitot, an Ark, a Torah, and a small spattering of Hebrew prayer (usually not much). Much emphasis is placed on praise and worship and these congregations excel at spirited worship and dance. Often Jewish sancta are abused (such as twenty people bringing a shofar to the service to blow it at random times!). Jewish tradition is generally viewed as harmful unless it looks cool from the stage. Like many churches in the Charismatic stream, these congregations are a production, almost a concert or a show. And there will be speaking in tongues and other Pentecostal practices like slaying in the Spirit (sometimes at a separate service). There is no snake handling! There is a tendency for many to claim Jewish identity for spurious reasons (“my grandmother on her deathbed said she was Jewish”). So the leaders will tell you their membership is mostly Jewish, but closer examination will usually reveal a healthy minority who are born Jews. In nearly all cases the leader will be Jewish. Although it may seem I am being harsh in my description, I should point out that this type of congregation has done much good. They have created a lively worship tradition, majored on support for Israel, promoted Yeshua-faith to countless numbers of Jews, and have produced a blend of Judaism and Christianity (mostly the latter) which will appeal to Charismatic Christians. NOTE: Most Israeli congregations fit either this category or the one below.

Hebrew Baptists: Non-Charismatic Hebrew Christian congregations.
These groups almost always originate in Christian Dispensationalist theological circles. They are big on the continuing election of the people of Israel and very down on the continuing validity of Torah. Any Torah observance is regarded as being a good witness or fitting as a cultural practice but without actual obligation. It is fine to buy things on Shabbat or to eat shrimp. Jesus abolished those rules. The leaders are often Jewish and many Jews are in these congregations. Many of the nice things I said about Hebrew Pentecostals I could say about Hebrew Baptists. Personally, I would find it easier to worship in a Hebrew Baptist congregation than a Hebrew Pentecostal congregation.

Blended Messianic Congregations: Judaism-affirming, Christianity-affirming.
This is what our congregation, Tikvat David, is all about. I used to think of our congregation as a synagogue, but the truth is, we don’t believe in limiting leadership to those who are born Jews. We do seek to make some distinctions between Jews and non-Jews (one example: a Bar Tzaddik and not a Bar Mitzvah for a non-Jewish teen). We have no problem singing a Christian song or saying Jesus. We are not “against” churches and neither are we “against” synagogues. We find that Christian and Jewish tradition provide a rich source of belief, practice, and spirituality. In our case, the worship is very Jewish (we are Siddur-based). I think this is what divides us from the category below (“Philo-Semitic Christian Congregations”). In time, we will want to have a Siddur that offers a few alternate prayers for non-Jews (example: not “who has given us the Torah” but “who has given Israel the Torah”). I think we are the perfect place for intermarried couples (and we have a lot of them). Ironically, we are more Jewish in our practice than all but the Messianic Synagogues.

Judaic Churches: Philo-Semitic Christian congregations.
These differ from Blended Messianic Congregations in being less Jewish-traditional (not so Siddur based). These differ from “Hebrew Baptists” and “Hebrew Pentecostals” in that they fully affirm Torah and tradition for Jews as well as affirming Christianity for non-Jews. There should be more groups like this. It is a great pattern for Christians who wish to come alongside the people of Israel without becoming completely Jewish in practice.

Ephraimites (Two House).
The extreme wing of the Ephraimites are convinced that “Jew” means only someone from Judah, Levi, and Benjamin (I’m not sure why they leave out Simeon). The “Israelites” have been lost, but they secretly and mysteriously have been preserved in their bloodline by God through the centuries and now, in this last days moment of divine renewal, these people are turning up and discovering their inner Israelite. Yes, they think they are crypto-Israelites, found members of the lost tribes. Note that this has nothing to do with people groups such as the Falashas or Bene Israel, whose claims have historic legitimacy. Many in this movement are quite sensationalistic, rather like televangelists in style. See below for a description of the Moderate Ephraimites.

Moderate Ephraimites.
There are some congregations in which the people believe that the Messianic movement is a God-ordained revival out of which the prophecy of reunification/restoration of Israel and Judah will occur. They do not emphasize bloodline or getting in touch with their (alleged) long-lost Israelite identity. They think, rather, that when non-Jews come alongside Jews and worship together (usually not emphasizing Torah observance and definitely not Jewish tradition), God will use this revival as the beginning of messianic fulfillment in the last days. They differ from One Law congregations in emphasis. Moderate Ephraimites are more about Jewish and Gentile unity than Torah.

One Law Synagogues.
They believe that all people are supposed to be keeping Torah. Christianity is wrong because it teaches people not to keep Sabbath and dietary law. They have accurately given the lie to antinomianism (the idea that “law is bad”) which permeates Christianity, but have failed (in my opinion) to deal with the Torah itself which distinguishes between Jewish and non-Jewish relation to the commandments. They differ from One Law Congregations in that they are very traditional in observance. They are in some cases gentiles who dress like Hasidim and practice a form of Orthodox Judaism.

One Law Congregations.
Just like the above except that they reject part or all of Judaism. They seek to establish a new Karaitism (Torah without rabbinic tradition). They do choose to follow some traditions but can be shockingly irreverent toward Judaism (example: picking their own dates for the feasts).

Sabbatarian Churches.
Most of these are offshoots from the Worldwide Church of God movement or Seventh Day Adventism. Adventists, strangely, keep Sabbath but not feasts. Various “Sabbatarian Church of God” groups sing hymns and have no Jewish cultural practices whatsoever. They simply are Christians of a fundamentalist stripe who believe the Sabbath and feasts are applicable to Christians as well as Jews. They are unlike One Law Congregations in being less Jewish in style. Seventh Day Adventism has a whole host of other issues not related to Torah (following a prophetess who founded the movement, being vegetarian, etc.).

Sacred Name Congregations.
Generally these are One Law Congregations with a twist. They insist on using the Divine Name always and avoid using any euphemisms. That is, instead of saying “Lord” or “Adonai” or “Hashem,” they constantly are pronouncing the Divine Name (as they think it should be pronounced). For most this is the prefix YAH followed by WEH (I type it this way because I do not wish to type or pronounce the Divine Name). For others, this has become YAHU followed by WAH. Similarly, they think Messianics are corrupt for calling Jesus Yeshua. Christians are even more corrupt for using the name Jesus (some claim that the SUS in Jesus comes from “Zeus” and is idolatry!). They tend to call him either YAH followed by SHUAH or, in a new twist, YAHU followed by WAH followed by SHUAH. They show up all over facebook and the internet and are easily identifiable by their constant insistence on spelling Hallujah as HalleluYAH and by frequent use of the Divine Name.

47 Responses to Types of Messianic Congregations