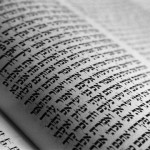 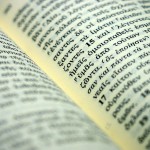 …an eternal and final law–namely, Christ–has been given to us, and the covenant is trustworthy, after which there shall be no law, no commandment, no ordinance.
-Justin Martyr, Dialogue With Trypho the Jew, ch. 11.

This, we might say, is the standard line on Torah and New Testament. It fits perfectly with, as R. Kendall Soulen terms it, “the Standard Canonical Narrative” (the standard way the Church has understood the relation of the Bible’s different parts).

But there have always been dissenters. In the volume edited by Oskar Skarsaune (Jewish Believers in Jesus: The Early Centuries), you’ll find examples of evidence for strong, Jewish-practicing groups in the first six centuries of the Church. And increasingly since the late 19th century, there has been a return to an idea that Jewish followers of Jesus should be Torah-faithful. Furthermore, many non-Jewish Christians, having been told that Torah was abrogated in the New Testament, have discovered the weaknesses of this approach to the Bible. And in so doing, many non-Jews have decided (rightly or wrongly, as I will say more later in this series) that they need to observe Torah in a manner similar to the Jewish community.

In our first exploration in this series, we’ll consider the issue of Jesus and Torah. Did Yeshua the Galilean teacher believe the Torah was holding Israel back from God? Did he herald a new Torah-less era, one where the moral demands, of course, continue, but the purity and food laws were deemed unsuitable for true righteousness? Did Yeshua envision a “spiritual” worship devoid of the physical cult of the Torah, absent a Temple, which he deemed superior to the primitive system of animal sacrifices and taboo laws which (allegedly) were an accommodation to the superstitions of the ancients?

Mark 7 and its parallel in Matthew 15 are key texts in the Yeshua-on-Torah issue. I will not attempt a thorough exegesis here. In my book, Yeshua in Context, chapter 8, “The Handwashing Dispute,” I expound the passage in much more depth.

If you look in most commentaries, both academic and homiletical, you will find a similar line: Yeshua planted a seed by which the apostles overturned the dietary laws, the food laws of Torah. Yeshua’s supposed reasons for doing this are many. It was a new age he was bringing and Torah needed to be changed. He knew many gentiles would come to faith and the food laws tended to separate Jews and gentiles at the table, so they were best done away with. In more academic commentaries the assumptions might be different: the apostles, dealing with a gentile church, needed an excuse to excise the food laws and found a shaky excuse in one of Jesus’ teachings.

But scholars with very little in the way of an axe to grind have at times demurred. The latest example, and I am basing this on a review of her book as I have not yet read it, is Jodi Magness in Stone and Dung, Oil and Spit: Jewish Daily Life in the Time of Jesus. She examines, with a heavy emphasis on what we know from Qumran, about Jewish concepts of purity. She rightly, in my opinion, explains the true context of Mark 7. It is not that Jesus declared all foods clean (in case you’re not aware, the common translation of Mark 7:19 is a well-known case of ambiguity). It is, rather, that Jesus denied food had to be eaten in a state of priestly purity.

To put it simply: Yeshua did not in Mark 7 overturn the food laws. He was engaged in a dispute about the novel idea that priestly purity was required at the dinner table. It was about ritual handwashing, not bringing pork into the Israeli diet.

The following points should serve further to demolish the Jesus-as-overturning-Torah reading of his life and teaching:

8 Responses to Torah and New Testament, #1