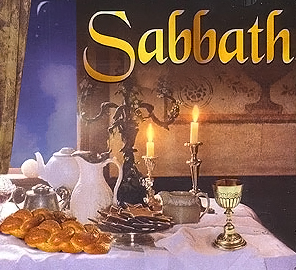 I am a fan of N.T. Wright and even more a fan of Scot McKnight. Yet there is one area of tension between my theology and Wright’s. I have written about it before and I have addressed Wright in a question and answer session at SBL (look under the N.T.Wright category and you will find the story in an old post). McKnight is more neutral on the issue and is simply discussing it on his blog.

I commented in the discussion this morning and things are getting a tad heated. Wright wants to use the Sabbath as an example of how scripture has (and this is my term, not his) evolved, moved on, gotten past primitive old rules and become more spiritual and universal.

McKnight sums up one of Wright’s points this way: “To continue celebrating sabbaths is to focus on the signposts when we have already arrived,” and, ” You don’t need the alarm clock when the sun is flooding the room with its light.”

I posted comments taking a different view. Meanwhile, McKnight thinks it inappropriate for me to use the term “supersessionism.” Let me emphasize that I know Scot McKnight to have respect for Judaism and that he is open to reading Paul as pro-Judaism. He does not like the term supersessionism and I think, from past exchanges, that he dislikes it because it implies that larger Christian tradition has been flawed with an error. McKnight, if I am interpreting his past statements correctly, does not wish to view the larger Christian tradition as containing any inherent flaws.

In this, he disagrees with R. Kendall Soulen (The God of Israel and Christian Theology), who finds that Christianity quickly became unfaithful in the area of respecting God’s covenants. Yes, Christendom is just as vulnerable to sinful error as Israel. Why is that surprising? And who thinks that the Church has been more faithful on the whole than Israel? History says otherwise. We are all in the same boat. Jews and Christians are both people of repentance and error, always needing course correction and return to God.

Here is the discussion: http://www.patheos.com/community/jesuscreed/2011/06/01/tom-wright-scripture-and-gods-authority/

POSTSCRIPT
Dana wrote in with some great questions. I know some of you don’t read the comments, so here are my answers:

Thanks for your questions.

(1) What is Israel’s role now that the Messiah has come, from out of the people group of Israel, and has fulfilled everything to which the OT was pointing in terms of God’s rescue of all humanity from death and God’s forgiveness of sin?
…The job is far from done. As Soulen says in his book, The God of Israel and Christian Theology, it is common formula for people to think incarnation-passion-resurrection-poof, all is done. But consummation awaits and redemption is incomplete. Israel’s redemption and consummation is the precursor to broader redemption and consummation, just as Israel was the precursor to universal revelation. In other words, it ain’t over yet and what will happen in the future with Israel is crucial to what God will do. The plan generally works as per Gen 12 with the specific locus of redemption coming through Israel to the nations. So I take the prophetic word about Israel’s restoration to be true, unfulfilled, and crucial to worldwide restoration and consummation.

(3) In what does Israel’s “unique chosen status” consist now?
…I’d love for you to read Soulen. Also, Markus Barth’s commentary on Ephesians 2. Also Michael Wyschogrod’s Body of Faith. Lots of reading, I know. But while I’m recommending, Mark Kinzer’s Postmissionary Messianic Judaism goes over all this ground in simple, well-developed terms written for Christian theologians as part of the work of Jewish-Christian relations.

(4) Are there now two peoples of God?
…”People of God” is a flexible notion as are many biblical notions. We call it bilateral ecclesiology, two distinct but united peoples in Messiah. See Kinzer if the subject is of major interest.

(5) how do you understand Paul’s comment in Eph about the wall being broken down and the two being made one?
…Markus Barth on Ephesians 2. It’s in the Anchor series. Man and wife are two and one also.

(6) Why is it necessary for a sharp “particularism” of Israel to continue past Pentecost?
…Why was particularism necessary before Pentecost? Common to Christian modes of thought is that the “before” questions don’t matter, that all has changed or been undone in Christ. Genesis 12 sets up a fairly simply explanation of how the particular blesses the universal.