Why is Passover so Christian-ly Popular? 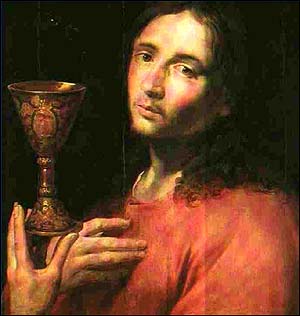 I’m not sure when the practice started, the practice of churches inviting in Jewish-Christian speakers to talk about Passover and the Last Supper of Jesus. I’m guessing that it sort of started with Jews for Jesus in the 70’s. I have no doubt that there are earlier examples of Passover sermons in churches in modern times, but the wave of popularity of “Christ in the Passover” and “Jesus in the Passover” messages likely dates to the Jews for Jesus movement.

To put things in clearer historical perspective, consider a simple summary of the history of modern Hebrew Christianity and Messianic Judaism:

(1) Late 1800’s: missionary societies pick up on the Pauline theme of “to the Jew first” and on the centrality of the Jewish people in biblical eschatology. They form “Jewish mission societies.”

(2) Late 1800’s and into the 1900’s: Hebrew Christian societies form and Christians of Jewish descent have conferences and discuss what it means to be a Christian who is Jewish.

(3) Late 60’s and through the 70’s: the hippie movement is also a Jesus movement and brings many young Jews into a radical, evangelical style of Christianity. Jews for Jesus is the premier organization resulting from this movement. Churches start having Jews for Jesus speakers and musical groups come and speak. It turns out Christianity has a hunger to know more about Jewish roots.

(4) The late 60’s and through the 70’s: Some Hebrew Christians decide it is kosher with Jesus if they are Jewish in their lifestyle and practice. They adopt the name Messianic Jews.

So, I think I am right (though I welcome informed correction) that it is in the 1970’s that Passover speakers become a phenomenon in churches. Since that time, here have been hundreds of thousands of Passover presentations at places like Macedonia Baptist and St. Philip’s Lutheran. I know. I have done more than 600 such presentations myself and I truly enjoy them.

How can I enjoy something I have done 600 plus times? I enjoy it because I see how moving and important these themes are to the people I am presenting to. Some churches have had me return more than half a dozen times. My jokes are the same (but many blissfully forget them in between presentations and they laugh all over again).

There are plenty of writings, Jewish and Christian, denouncing or belittling the kinds of things “Jewish missionaries” say in Passover presentations. It is silly, I have read in any number of essays, to say that the three matzot are the Trinity.

Well, it is and it isn’t. You can’t have a loose world of symbolic meanings, which is what Passover is, a world with few rules and with many layers and themes that cross-connect and even stand at times in tension, and then rule out one set of meanings as improper or unjustified. It is hypocritical to the entire practice of Passover to say, “You can’t express that symbolic meaning for something.”

The reason Passover has become so Christian-ly popular is simple: Christians in many churches either lack a symbolic world to fill in the meaning of redemption and atonement or, if they are in denominations with a richer liturgy, they lack connection to the root, the Jewish root, which is the basis of redemption theology.

In other words, many free church people for whom “the Lord’s Supper” is a very thin affair in terms of ritual and symbolism, are awakened by the depiction of Jesus at a symbolic meal with great historical depth. And many high church people, used to a ritual for “eucharist” or “communion” are awakened to the fact that church ritual has its basis in Jewish ritual.

It’s as if many who witness a “Jesus in the Passover” would say: “You mean there is more to it than plastic thimbles of juice and tiny wafers? So it isn’t like the Da Vinci painting? It happened in living color? It is a real historical thing? My faith has roots beyond two thousand years? The death of Jesus is part of a larger concept that predates the New Testament?”

But churches don’t deduce from this that they should bring back the love feasts of the books of Corinthians and Jude. Sadly, churches don’t take up the Passover haggadah theme of “This is the bread of affliction . . . let all who are hungry come and eat.” I find this lack of reform sad, but perhaps there is hope for a less gnostic and more Jewish church practice in the future.

Meanwhile, here are some themes from the Passover that add meaning to any Christian’s understanding of the Last Supper and the crucifixion of Jesus:

(1) Slavery and exile, understood both literally and spiritually, is the condition of this world.

(2) Followers of a redeemer like Jesus should have the attitude of Jesus about world-slavery: tears.

(5) Ceremonies that bring remembrance add life to a community.

(6) To be a disciple means to taste bitterness, to participate in the pain of others, and to feel deeply.

(8) The idea of a sacrifice, of protecting blood, actually makes sense (in spite of all the rhetoric we hear nowadays about the outdated theology of crucifixion and theories of atonement).

(9) The future may just hold a more literal, more Jewish-looking, fulfillment of hope than we [Christians] previously thought. It might look like what Jewish people pray for daily (Jerusalem, Temple, Messiah, etc.).

(10) Maybe we [Christians] will eat the Passover with Jesus in the time of the kingdom.

2 Responses to Why is Passover so Christian-ly Popular?