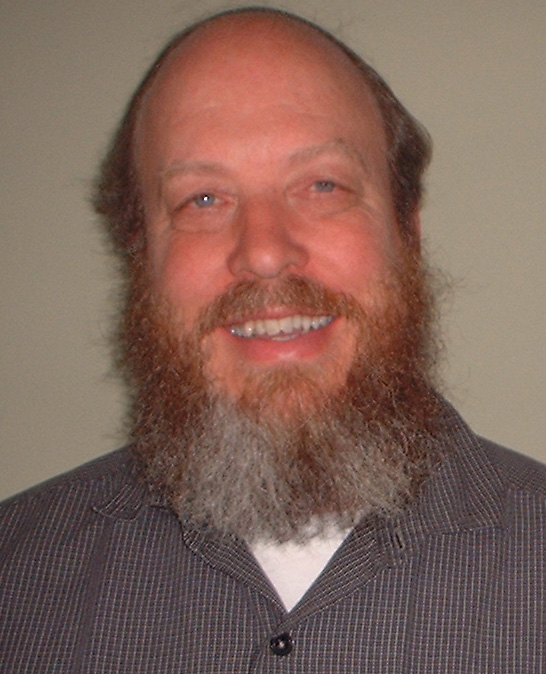 I’d like to have gone to Tim Hegg’s seminar in Atlanta this November. I wanted to sit on the front row wearing a T-Shirt that said on front and back: “Noah Ate Pork!”

After I saw posted on Hegg’s site a recent paper by someone affiliated with him, a paper giving a very one-sided view of certain Hebrew Christian pioneers and an obvious continuation of Hegg’s crusade against Vine of David/First Fruits of Zion, I decided to check out more of Hegg’s recent newsletters. Here are some of my thoughts about this peddler of pseudo-Jewish identity.

If you get 200 people at a conference, is there something constructive to teach?
I can’t believe it, but when Hegg got 200 people to buy plane tickets and come to my lovely city of Atlanta, what did he spend 2 out of 5 sessions on? Refuting the “competition.”

That’s right. Hegg actually advertises in his newsletter, completely unaware of how self-serving it must sound, that he spent two-fifths of conference attendees’ time on “The Fundamental Errors of Divine Invitation.” In case you don’t know the parties involved, Hegg is teaching a don’t-be-fooled-by the writers over at First Fruits of Zion class.

Many non-Jews were drawn to a message that through faith in Yeshua (Jesus) they were called to live the way Jews live without any distinction: Sabbath, dietary law, tzit-tzit, circumcision, etc. When First Fruits of Zion realized that what they had been teaching was an error, they changed. Many people felt spiritually homeless. They liked the One Law or One Torah teaching. It gave them a pseudo-Jewish identity, made them feel more important than “regular Christians.”

So, Hegg is the father-figure who will pick up the leaderless minions.

What is my complaint? Well, it is that with all that is wrong in the world, with all that God wants us to do, be, and know, when I speak to groups of people I don’t waste any of that precious time deconstructing others in order to build myself up.

I should also point out, the attendance at Hegg’s seminar gives an idea how small his constituency is. The various Messianic Jewish organizations bring large quantities more people than that altogether. And the Two-House group called MIA has quite a few more people than that. Yet are we to believe this tiny movement is the only voice of truth in the whole Jewish and Christian world?

Are we self-authorized, self-authenticating interpreters going it alone and deciding what people should believe?
In another place in the same newsletter, Hegg warns his followers not to rely on “rabbinic or Christian” tradition. Instead, “we must commit ourselves afresh to the disciplined study and application of the inspired Scriptures, seeking to know and understand what the text says, what it means, and how it is to be applied to our lives, both individually and corporately.”

Wrong. How do you think we wind up with all the craziness that substitutes for sound practice and belief in the so-called Messianic movement?

Everybody is an authority. They don’t need to know what he sages think or Augustine or to build on the scholarly work of the past few hundred years either. The Bible means what-it-means-to-me-as-revealed-by-my-shoddy-level-of-study! I don’t need to be aware of the pitfalls and insights of previous generations. I have my New American Standard and it’s all I need.

It’s interesting. Hegg (thank God) doesn’t follow his own advice. On most matters his beliefs are sound. Why? Because he follows a tradition. He is a Calvinist. And while I have some major problems with aspects of Calvinism, it means that Hegg is solid on things like Trinity, divinity of Yeshua, grace, and so on.

But the rhetoric of ignore-the-rabbis-and-church-fathers-and-scholars serves well a community of people eager to see themselves as superior in understanding to historic Judaism and Christianity.

Are people who take Jewish identity seriously in league with the Serpent of Eden?
In his June 2010 newsletter, Hegg laments those who believe that non-Jews who follow Yeshua are not included in or required to observe certain covenantal signs between Israel and God (Sabbath, dietary law, circumcision, tzit-tzit, etc.).

Hegg actually compares us (I’m proud to be among those who do not require gentiles to live like Jews in order to be kosher to God) to the Serpent in the garden! He says that we questions God’s stated word to all people just as the Serpent did when he said, “Has God said?”

Enough Already!
So, in Hegg’s most recent newsletter he includes a paper by Rob Vanhoff criticizing Hebrew Christian leaders of the past for two amazing deficiencies:

(1) They did not anticipate the results of Pauline scholarship and develop a New Perspective on Paul long before academics, historians, and theologians began to find some consensus on the matter! How dare they! Didn’t those Hebrew Christians know better?

And the sad part is the paper will cause many to overlook the wonderful contributions made by these writers and thinkers. After all, they were just wrong.

It’s all a not-so-subtle attack again on First Fruits of Zion and the Vine of David project to restore some of the writings of these great thinkers who began to bridge the impasse between Judaism and Christianity in some unique ways.

Newsletters have a subtext as well as a text. Hegg’s readers are not stupid. They know what he is implying in such an article.

(1) You are isolated from the Jewish world because you don’t have any meaningful definition of Jewish identity but instead replace Jews with Hebrew Roots Christians in a new kind of supersessionism the church fathers never dreamed of.

(2) You are isolated from the Christian world because your interpretation of Paul is completely unsustainable and you force yourself to consider Christianity anti-nomian. By contrast, Messianic Judaism, properly understood, is not telling Christians to keep Sabbath and avoid pork. We are simply asking churches to rid themselves of supersessionism through good Christian theology and to allow Jews in Christ to be Jews.

This entry was posted in One Law, Torah and tagged Tim Hegg. Bookmark the permalink.

48 Responses to Is Tim Hegg Serious?