I know readers are waiting for Part 7 of “Not Jewish Yet Drawn to Torah” and also for me to revive the “Conversations on Law and Grace” series. They are coming. I appreciate your patience. Believe it or not, I try not to write too much all at once and priorities come to me in strange ways at times. The topic today is a burning one coming out of my gospel research in combination with my role as a leader of a community. 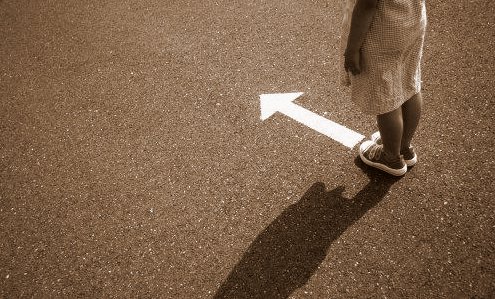 MJ Musings readers are from all over the spectrum, from Orthodox Jewish to Secular Jewish, from a wide variety of Christian traditions (some might surprise you), from the broad “Messianic” movement including what I would call Judeo-Christian groups, and people in Messianic Judaism as I would define it. We even have agnostic and atheist and humanist readers.

What most of us have in common is desiring to be or actually being in community. (Note: agnostics and atheists have been firming up their community for the past few years as well). Individualism is (or should be) dead. I don’t mean we’ve conquered the problems of individualist isolation. Plenty of people ignore their family and spend all discretionary time on Cable TV and Facebook! I mean that theoretically speaking, our society has moved into a time of desiring community and disdaining the idea of going it alone in the world (at least the smart ones have).

What does a close reading of the life and message of Yeshua (Jesus) in the gospels say about the meaning of being a person? Belonging to a church-synagogue-congregation? Being in community? What happens if we apply a good literary read of the gospels in combination with some good research and thought on community?

First, let me say that some key sources for me include my life experience as a rabbi being in community. Also included are some writings such as Dietrich Bonhoeffer’s (esp. Cost of Discipleship, Life Together, and Sanctorum Communio). And I just had to read, in order to review it at the upcoming Hashivenu Forum in L.A. a book I’d never have picked out on my own: Rod Wilson, Counseling and Community.

Second, let me say that I am nearing the completion of a year of closely reading the gospels, a dozen or more historical Jesus books, and more than half a dozen commentaries on the gospels. It has been intense and I plan to closely read the gospels (and Chumash, or the books of the Torah) every year as long as I live.

I don’t mean by citing these influences and this research to say that I am right about everything or that my ideas should be accepted as authoritative. I just want to say that I don’t come by these opinions lightly or without having done some homework.

Third, in the Christian blogosphere, I have been aware for some time of movements called Emergent and Missional. I see that evangelicals and former evangelicals are moving in some very positive directions, much like the direction I will be commending. In fact, I think the evangelical Missional movement is very positive. I just received in the mail Marty Duren’s book Journeys: Transitioning Churches to Relevance and I am excited about reading it. I commend in this broader movement Scot McKnight, Trevin Wax, and Ed Stetzer (a far from complete list).

Fourth, in the Jewish blogosphere and internet neighborhoods, I commend the Synagogue 3000 movement and Jewschool and the Alternative Minyan movement.

Finally, getting to what I really want to say, I started today a series of notes on “Applying Yeshua Communally.” This is a series that combines observations from a close reading of the gospels with theory and practical application of ideas about religious community.

I think you’ll find it helpful and hope you’ll follow the series. Here is the link to “Applying Yeshua Communally, Part 1.”