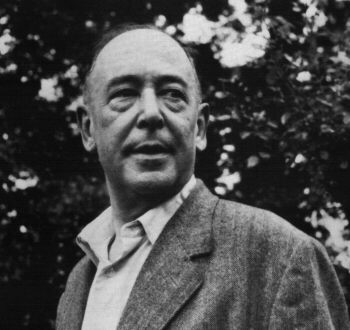 I’m slowly eking out a parallel series on C.S. Lewis and Abraham Joshua Heschel. You can find the earlier installments by using Categories on the right sidebar and looking under their names. Here are two contemporaries who epitomize good Christian and Jewish thought, address the deepest questions of our day, and who have much more in common than many realize.

In part 1, we addressed some of Lewis’s take on the difference between naturalism and supernaturalism and the ramifications of naturalism (such as, no free will). In part 2, we considered what Lewis called “the cardinal difficulty of naturalism” and what one modern philosopher called “C.S. Lewis’s dangerous idea.” It is the idea that if our minds are nothing more than Nature, then we have no reason to trust Reason at all.

Now, in part 3, we begin to consider the ramifications if reason is beyond Nature. What does it mean that our minds are outside of the interlocking system we call Nature? What does it say about us? What might it suggest about the existence of God?

Acts of reasoning, Lewis says, are not interlocked with the total interlocking system of Nature as all its other items are interlocked with one another. By “interlocking,” what Lewis means is that everything in Nature is here by Cause and Effect. It is one big system. But Reason is outside of that system and our minds transcend Nature.

Lewis has also said that it is difficult for a naturalist to explain how Reason might have developed through a process which can only be explained within Nature. And it is something we might intuit that Reason is sourced outside of Nature, an explanation which has far less difficulty (unless you are opposed to the idea of God from the outset). Reason is before our concept of Nature and our concept of Nature is based on prior Reason.

And so we must decide if we agree that there is a distinction between Reason and Nature. If we do, the consequences are rather satisfying.

At the frontier between Reason and Nature we find a great deal of traffic but it is all one-way traffic.. Nature does not determine our thoughts, but the thought of men and women often reshapes Nature. So using engineering thought we build a bridge or a dam. Reason changes Nature.

Some might say Nature determines Reason. A tornado determines thoughts of fear and escape. Lewis says this is far from the same thing. When Nature, so to speak, attempts to do things to rational thoughts, she only succeeds in killing them . . . Nature can only raid Reason to kill; but Reason can invade Nature to take prisoners and even to colonize.

This means that a part of every person, Reason (and perhaps more besides), is beyond Nature. Nature does not sufficiently explain people.

Blind forces of mutation of species are not sufficient to explain our existence (which has nothing to do with Evolution vs. Creationism, but with Naturalism vs. Supernaturalism — Lewis accepts evolutionary models as biological reality).

What does this say about people? In part 4, we will consider whether Reason is independent or only independent of Nature. If Reason is dependent, then on what sort of thing does it depend? You can see how this might lead us to a view of God as the beginning place of our mind.

This entry was posted in C.S. Lewis, Christian, Philosophy. Bookmark the permalink.