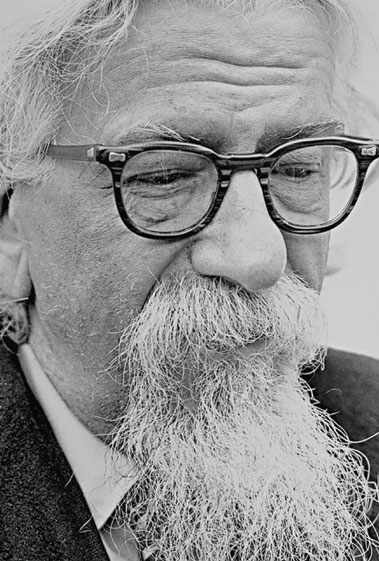 Messianic Judaism is, in essence, a hybrid faith incorporating Jewish and Christian traditions and theology. I have for some time had in mind a project: reviewing some works by one Jewish and one Christian thinker who might be termed seminal for modern Judaism and modern Christianity. While there are a number of individuals we could select, I think many readers will agree with me that a great representative for Judaism is Abraham Joshua Heschel and for Christianity, C.S. Lewis. I cannot exaggerate the influence of either of them. Their lives are contemporary and, surprisingly or not, there is an enormous concord between their thought. For now, I will be explaining some concepts from Heschel’s God in Search of Man and Lewis’ Miracles. This is the first of many posts on Heschel’s book. Tomorrow, we will begin Lewis’ book. Enjoy.

“There is much that philosophy could learn from the Bible,” says Heschel. Indeed, his whole book sets out to teach us what he means by that.

One of the first distinctions Heschel asks us to consider is the difference between creed, discipline, and habit on one side and religion on the other. Oddly, it may seem to many evangelical Christians, who are routinely told that religion is a bad word (never mind that the New Testament uses it positively in James), Heschel uses religion in the very best sense: the sense of the holy, connection to the Person of God. A common evangelical refrain is “relationship, not religion.” Heschel says, basically, that religion means union or relationship with God.

“It is customary to blame secular science and anti-religious philosophy,” says Heschel, “for the eclipse of religion in modern society.” Not so. Religion has itself to blame. Why? Because it gave up wonder, mystery, the goal of union with God, and replaced these with mere creed, discipline, and habit.

There are two enemies Heschel is jousting in this chapter, it seems to me. The first is the dull, religious person. The second is the conceited philosopher.

Taking on the dull, religious person, Heschel notes that real religion comes to light in moments when one’s soul is shaken with unmitigated concern about the meaning of all meaning . . . in moments when all foregone conclusions, all life-stifling trivialities are suspended. Creed and habit have their place. But they do not replace the concrete experience of being, the sense of the Presence, the acceptance of God above us, the unexpressable aspect of God’s Being that we sense but cannot define.

What is the source of our belief? Why believe at all? Do we know ourselves?

Taking on the conceited philosopher Heschel notes two important things:
(1) good thinking is situationally involved and not just armchair theorizing.
(2) philosophy is a kind of thinking that has a beginning but no end, meaning apart from religion it can never arrive at answers.

As for the first of these two points, there is a big difference between a person theorizing about how to deal with a nuclear disaster theoretically and someone dealing with a nuclear disaster because he or she is situationally involved. Detached thinking is different than involved thinking. Detached thinking is fine for certain issues and questions. But if the philosopher is good, he or she is situated in the problem and is seeking a way to the good (or the holy, in the case of religion).

As for the second point, Heschel says that in philosophy the problem outlives all solutions. By contrast, in religion the mystery of the answer hovers over all the questions.

Is Heschel talking about a leap of faith? Was he influenced by existentialism? I don’t know yet. He may be talking about something akin to critical realism: assume that reality is real and believe in what you critically assess without insisting on absolute proof.

What I take away from this is a challenge to the skeptic and also to the bored-with-faith. Our thinking about believing needs a religious challenge. An openness to the Omnipresent is called for. The way to the holy is neither pure reason nor pure faith. It is about encounter with the Person who is God. The rest of the book will flesh out aspects of what that means.