Another Midrash on Lamentations 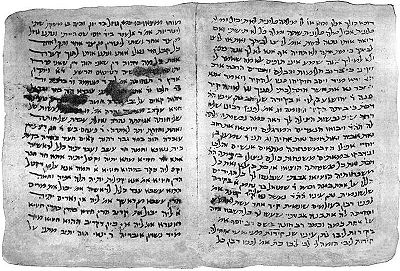 Every morning we translate sections of Eichah Rabbah (Lamentations Rabbah) at the summer intensive class in L.A. I am taking through MJTI (mjti.com).

Lamentations is my kind of book. I believe that life has a hard edge to it and God, though present, makes his absence felt. That sounds contradictory, I know, but you likely can see through the apparent contradiction if you try.

Just this morning a close friend wrote to me of her disappointments and sense of loss. Faith is often in spite of rather than because of the happenstances of life. I believe it is good to speak to the brutal realities, to keep an edge of melancholy in our God-talk. God gives a hard road and looks for faith anyway.

In last week’s exploration of a midrash from Eichah Rabbah (see “Pt 2, A Consoling and Disturbing Midrash for People of Faith”) I retold a parable whose punchline has God in the days of Messiah saying to Israel, “My children! I am amazed at how you have waited for me all these years!”

It is an interesting thought: that faith is surprising, even to God.

I’ll share with you another midrash, one we worked on this week, and my translation (with much help from other class members and Rabbi Kinbar):

And Moses was crying and weeping until he reached the Fathers of the World (Abraham, etc.). Immediately also they (the Fathers) tore their clothes and they rested their hands on their heads and they were crying and weeping until the gates of the Beit HaMikdash. As soon as he saw them, the Holy One, blessed be He, immediately it happened: “and Hashem Elohim of hosts proclaimed that this day is for weeping and lamenting and tearing out hair and donning sackcloth” (Isa 22:12). And if it were not scripture, as it is written, it would not be possible to say it. And they (the Holy One, Moses, and the Fathers) were weeping and went on weeping from this gate to this gate like a man whose dead person lays before him. And the Holy One, blessed be He, was wailing and saying, “Woe to him, to the king who in his young years will succeed but in his later years will not succeed.”

The midrashes on Lamentations often show God mourning with Israel. This is not to say that God did not cause the judgment to fall on Israel, but that even so he mourns. In at least one midrash, God has to ask the angels how to mourn. The omniscient God doesn’t know how (a profound thought).

It helps to understand this midrash if you know the law about an onein, a person whose loved one has died and is not yet buried (“his dead person lays before him”). An onein does not have to recite Shema or keep any of the positive commandments. They are excused from anything they say in grief, including words of doubt about God.

In this story, Moses is weeping over Israel’s devastation and is joined by the Patriarchs and then the Holy One. The midrash centers on a verse in Isaiah where God declares a day of mourning. The sage reads it as though God is participating in the mourning.

And God is an onein. His dead loved one (metaphorically Israel) lies before him. He is excused for anything he says.

What he does say is shocking. He utters a proverb about kings who have early success and late failure. He implies that this is the case with himself. This casts doubt on the whole issue of whether God will be able to redeem and heal the world.

The point of such a midrash is not to deny the messianic hope. It is to explain our human condition of despair. It is to say that God shares our despair and is with us in mourning.

Some people cannot get past the idea in these stories that biblical characters and God do fictitious things. That is the point. No one is expected to believe these stories as non-fiction. They are stories illustrating surprising truths and elements of life.

And if the shocking messages of these midrashim disturb you, they are doing their job. But those who might criticize the midrash should read the texts from which they are derived. Lamentations is an utterly realistic book about devastation. And the ideas and wisdom of the sages is biblical in the ultimate sense: it is true to the revelation and is not a replacement for the revelation.