Pt 1, A Consoling and Disturbing Midrash for People of Faith 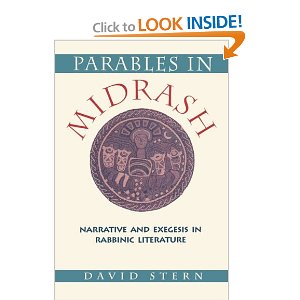 Shouldn’t we be more disturbed by the absence of God in this world? I’m not denying God’s providence or that he dwells amongst the people of Israel and the followers of Yeshua in various mystical ways. But I am affirming what we all know to be true: God is unseen, leaves us to our own tragedy, and is disturbingly silent while we suffer down here.

Lamentations 3:21 is about an observer of great tragedy (the destruction of Jerusalem by the Babylonians) who found hope in something he calls “this” (Hebrew zot).

Lamentations Rabbah has a wonderful parable exploring the meaning of “this” in Lamentations 3:21. The idea of the parable is to at once find the hope expressed in Lamentations 3:21 and at the same time to lament the absence of God which requires us to be consigned to distant hope in the first place.

Midrash and Lamentations Rabbah
I am taking a class, part of my ongoing education, at MJTI (mjti.com) in an intensive seminar next week in L.A. It is a class in midrashic literature, specifically on Lamentations Rabbah (Eicha Rabbah) taught by Rabbi Carl Kinbar (who blogs about midrash at midrashetc.com). As part of the preparation for the class we are translating a passage from the Lamentations Rabbah, reading from Alan Mintz’s book Hurban, and reading David Stern’s Parables in Midrash (this is not the Messianic Jewish Bible translator, David Stern, but the professor of Jewish literature David Stern).

Don’t worry too much if you don’t know what midrash is. The best way to understand it is to read it. And reading this post will contribute to your growing knowledge of what midrash is.

Midrash is the playful use of words from the Bible to produce meanings, any meaning the sages wanted to produce. Midrash has its rules and conventions but basically allows the sages to make biblical verses mean almost anything they want them to mean.

In a universe where truth is so complex that seeming opposites can at the same time be true (God is present, God is absent), there is room for playful interpretation (eisegesis).

Midrash is a topic much discussed now because in the philosophies of extreme postmodernism, the subjective is all that is possible. Many deconstructive readers and thinkers like midrash as an example of the playful meanings possible in language.

But what these relativists should realize is that midrash works precisely because there are reasons to believe in the pre-conceived meanings the rabbis bring out from the words of the Bible. In other words, the theology of midrashic literature is not random or subjective. There is a basis, theologically, for the creative meanings the rabbis bring out.

Consider the case of the midrash on Lamentations 3:21, a verse which says: this do I call to mind, therefore I have hope.

(2) Deuteronomy 4:44, “This is the Torah that Moses set before the Israelites.”

Proved. Done. The speaker in Lamentations 3:21 receives hope from reading and studying Torah while waiting for God’s absence to end.

But this is not what Lamentations Rabbah does. Instead, it tells a parable which has a greater ability to make us feel the pathos and understand both the hope and the dread of our situation.

The Lamentations Rabbah parable on 3:21 is one I find very moving and that is why I have chosen it for examination. It is an effective story, one that can help us who want to strengthen faith in the face of God’s absence.

Next time (this week, I promise), I will quote the parable in full and discuss it.