The Importance of a Project: Yeshua in Context 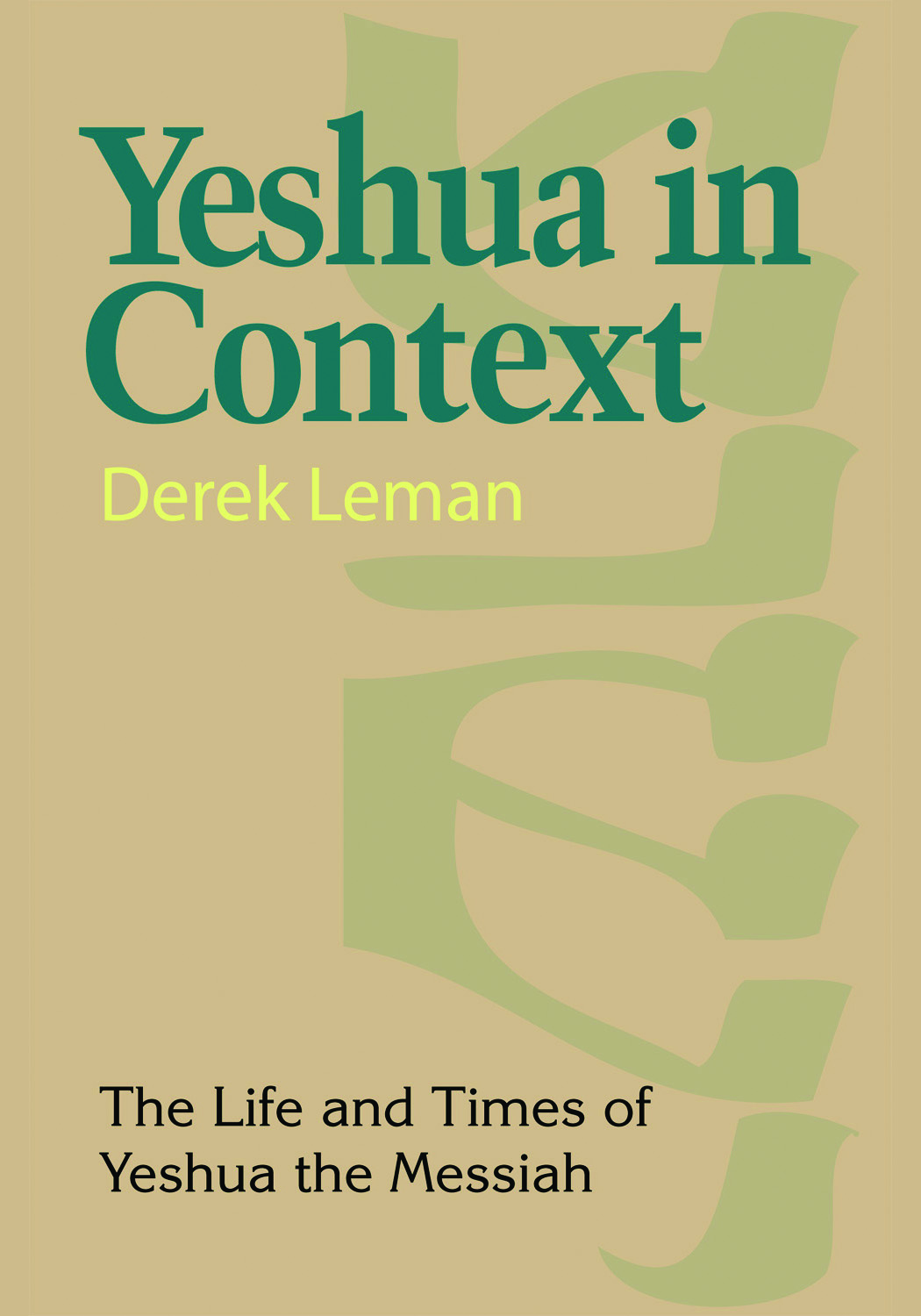 I’ve immersed myself for the past few years, more intensively this past year, in a study of the historical background of Yeshua’s life and of the literature that is our witness of his life, the gospels.

So anyone will not think I am simply saying that the-work-I-am-doing is simply important because it has personal interest and importance for me or because of the natural tendency we all have to think that what we have worked on is of utmost importance, I offer some objective reasons for the importance of recovering a contextual, Jewish, and spiritual understanding of the life of Yeshua:

–The very term “good news” (gospel, besorah, evangelion) refers to the life of Yeshua, the stories about him and their value as instruments of salvation for people. When the apostles spoke of the good news, they meant the story of Yeshua (not some “plan of salvation,” as in popular evangelical Christian piety).

–The short time of Yeshua’s life on earth is unique in history, as the only time when the Glory of God was here in its fullest sense.

–There is a very real sense of loss, in the churches and in the view of modern cultures about Jesus (Yeshua) — a loss of knowledge about the meaning of his life. Sadly, popular religion has focused only on his death and, to some extent, his resurrection.

–Jesus (Yeshua) is a stranger to most of the people who say they believe in him. I know this sounds strong, but for many people, their image of Jesus is nothing more than a sacrifice for their sins and a returning Lord whose teaching and motivations they do not understand.

–Most people are unable to make a direct connection between stories of Yeshua and their own story, now and in the future.

–While the de-Judaized Jesus has spread love, light, and salvation to the world, the cost of the loss of his context has been large: a Jesus irrelevant to his own Jewish people, a Christianity alienated from its own roots in relation to the Jewish people, and a deficient faith which divorces the spiritual from the physical (in true Gnostic fashion).

–Jesus’ (Yeshua’s) followers are directly connected to the living presence of Yeshua (the Paraclete or Comforter/Advocate of John 14-16) and our union with him is strengthened by a deeper knowledge of his life, aims, and message. He should not be a stranger to us when he is our connection to the Father (God in his direct being, the source of the emanation of the Son and Spirit, the one greater than Yeshua, the source from which Yeshua radiates as the Word/Wisdom/Light).

Awakening to Knowledge of Yeshua
Researching and writing Yeshua in Context has been a journey of renewal and life for me. The Gnostics emphasized knowledge as the only key to having eternal life. It might seem sub-Christian or anti-Jewish to emphasize the salvific value of knowledge.

Yeshua said, “This is eternal life, that the know you” — the Father, the source, the One Who Spoke and It Came into Being, the Eternal (John 17:3). He spoke of the value of knowing the secrets of the kingdom of heaven (Matthew 13:11).

Judaism has emphasized study and knowledge, not for the sake of pedantic scholarship, but as a way of being in close relationship to God.

Many streams of Christianity have emphasized knowledge and study as personal connection to the relationship we have with the Son and through him the Father.

I am saddened that popular Protestant piety has often skipped over the gospels. There are many possible reasons for the tendency to dwell on bottom line salvation, self-help style teaching, and topics deemed “practical.” Some of the best Christian traditions read the gospels as part of the service and have regular sermons and teaching from them. Protestantism has sadly chosen, instead, to preach the epistles of Paul over and over again (and even the preaching of other parts of the Bible constantly involves referral back to Paul).

I like to think that if Paul were to visit a modern church, he would say, “Why aren’t you teaching the gospel more instead of reading and rereading my letters?”

Paul is “not ashamed” of the gospel, the story of Yeshua (Rom 1:16) as it is “the power of God for salvation, to the Jew first and also to the Greek.”

NOTE: By gospel, he does not mean “plan of salvation,” a concept practically assumed in Protestant circles. He means the story of Yeshua, his life, death, resurrection, and return.

Upcoming Tools for Study
By the end of August, Yeshua in Context will be available.

In September, two more things will come out. The Yeshua in Context Sourcebook, a collection of lists for further study as well as group discussion questions to make the book useful for classes and small groups will be published. Also, Yeshua in Context will be available for ebook readers, Kindle, and iPad by September.

In November, Yeshua in Context will be an audiobook produced by First Fruits of Zion (I am publishing the book and ebook through my own Mount Olive Press, and FFOZ is publishing the audiobook).

Coming down the road, Vine of David will be publishing the commentary of a great predecessor of Messianic Judaism, the Lichtenstein commentary on the gospels.

I already produce a daily email called The Daily D’var with commentary on Torah and the gospels for daily reading (you can get on the list if you email me and request it). The Daily D’var is available now at www.tikvatdavid.com under the heading “Daily Readings.” In 2011, I will publish this in book and ebook form.

1 Response to The Importance of a Project: Yeshua in Context