The Beginnings of "the Rabbis" 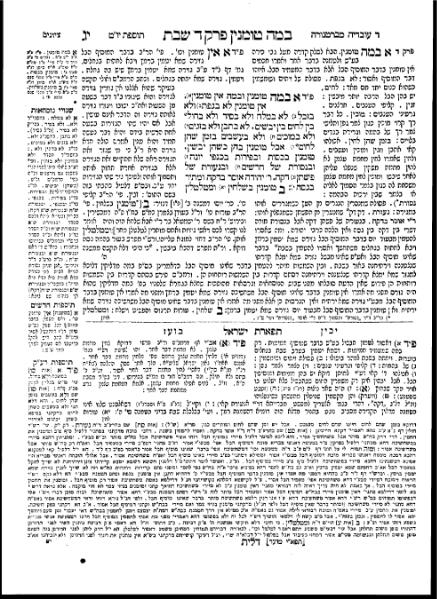 Understanding where we came from, as most people realize, is actually quite helpful. Often attitudes toward modern institutions are colored by historical processes set in motion long before the most distant ancestor we can find was born. Long before the great year of 1967 (the year of my birth), streams of history too numerous to count converged at things like Judaism, Christianity, religion, nation, peoplehood, and from there carried new streams of meaning.

Most of the time we move mapless in this region of streams. Or we have faulty maps, misleading us with poor perspectives and false trails.

Who were “the rabbis”? What did they set out to do? How did they influence our thoughts about Judaism, Jewishness, Torah, ethics, Yeshua, Jewish-Christian relations (also Jewish-Islamic relations), and more?

Well, I can’t answer all of those questions. I’m just learning the map like so many others. So, I’ll set a small goal for this expedition. How did “the rabbis” begin, so that they emerged as the chief custodians of what it means to be Jewish, that all ideas of Judaism are now in reference to their writings?

The first thing we might want to note is that none of the accomplishments of the rabbis date from the time before the Temple was destroyed in 70 CE. Sure, there were people we now know as “rabbis” from before then and sure there is a tradition that “the rabbis” in some sense started in the days of Ezra. But inasmuch as we know ancient groups by the writings they leave behind, the writings of the rabbis include:

-Mishnah, written circa 200 CE from Tiberias.
-Yerushalmi (Jerusalem Talmud), compiled circa 400 CE in Tiberias and Caesarea.
-Midrashic literature, some of which dates to the Talmudic era and all of which is from Israel.
-Bavli (Babylonian Talmud), compiled circa 500 CE in the academies of Babylon.
-Other writings of varying importance from later periods, including the medieval commentators such as Rashi, Maimonides (Rambam), and Nachmanides (Ramban).

The second thing we need to know is that the rabbinical movement was small and in no sense carried authority for the entire Jewish community prior to the seventh century. Think of the Jewish communities in Israel and the diaspora as sharing common beliefs and practices with the rabbis, but not as people in submission to the rabbis. As Shaye Cohen says, the rabbis gradually came to dominate the schools and synagogues by the seventh century (From the Maccabees to the Mishnah, 213).

This realization cuts across the grain of much literature in which it is assumed that the rabbis directly equate with the Pharisees and that much of the New Testament is a dialogue with rabbinic Judaism.

Third, realize that the rabbis took a different approach than other Jewish groups we know from literature. They did not emphasize apocalypse or a hope in a soon-coming restoration of Temple and nationhood. They emphasized Torah study and purity practices (later they emphasized prayer after they came to dominate the synagogues, but not before, cf. Shaye Cohen’s book, chapter 7, “The Emergence of Rabbinic Judaism”).

The rabbis in the early centuries were a small but growing movement.

Sure, the Patriarch or Nasi as head of the Sanhedrin (the Sanhedrin re-formulated after the Temple destruction in 70) came to have political authority over Jews in the land of Israel by the end of the second century, but this office of the Patriarch became less rabbinic. In the third century, there was much conflict between the rabbis and the Patriarch. And the synagogue was the location of popular Judaism, but the rabbis said little about the synagogue and prayed in the Bet Midrash (house of study) rather than the synagogue. Judaism was not led by the rabbis, though their influence certainly was felt. But the domination of the rabbis was for the seventh century and later. Shaye Cohen points to Talmudic and archaeological evidence to demonstrate the essential separation between the rabbinic movement and the synagogue.

Note that the Sanhedrin of the New Testament period (before 70 CE) was not rabbinic, but was led by the Sadducees with a less-powerful contingent of Pharisees.

As Cohen notes, the idea that the Pharisees became the rabbis, then created a benediction against “heretics” which meant followers of Yeshua, and that therefore the Yeshua-followers were evicted from the synagogue has major problems. The rabbis did not have this kind of power over the synagogues. The Pharisee-to-rabbi connection is strong, but does not tell the whole story. Evictions from synagogues surely happened (the New Testament refers to this as do the Church Fathers), but continued involvement of Yeshua-followers in synagogues also continued (see Skarsaune, Jewish Believers in Jesus). It is even likely that the benediction against heretics did not specifically refer to Yeshua-followers. Cohen sees the benediction as against all forms of sectarianism, groups claiming special knowledge and separating from the rest of Israel.

If nothing else, this historical perspective of the origins of the rabbis teaches us that Judaism has been diverse for much of its history. It also invites comparisons to the development of streams of Christian tradition, many of which developed largely as book-religions also. And if we step back and gain perspective, we can think of the many potential streams coming from the sea of Torah, prophets, wisdom sages, and also the apostles of Yeshua and consider that the landscape is vast, with much room for exploration. The rabbinic stream also has many branches splitting and converging. None of us can follow every stream and we may find some streams purer than others, but the only way to drink the water is to choose a stream and follow it. We may diverge into streamlets here and there, but the poorer choice is to follow no stream at all.

**UPDATE: Comment from a scholar I trust (who is from outside the MJ movement): “You’ve got too much ‘not until the 7th Century’ and not enough of the ambiguous but still firm connection of rabbis with 1st Century Pharisees that was articulated by Neusner.”

6 Responses to The Beginnings of "the Rabbis"