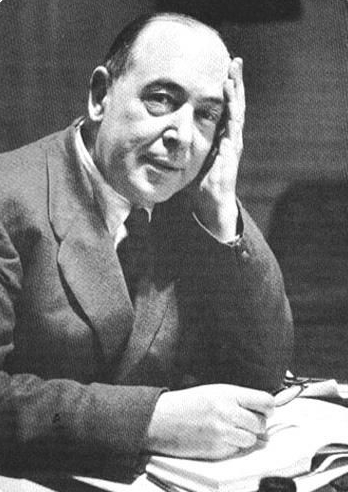 I’m having a little revival of C.S. Lewis reading. I just reorganized by Lewis bookshelf last night and ordered a few new books (note to my congregational bookkeeper: I paid for these books myself).

So, it has been many years since I read The Abolition of Man, but I am going through it again. The first essay is “Men Without Chests.” I am reminded, as I read Lewis’s treatise on ethical philosophy, why I love stories (movies, books) and the depiction of the heroic, the courageous, the against-all-odds choice to persevere.

We have been, allegedly, for some time now in the postmodern age. Things we used to care about (and strangely still do) are supposedly relativized. As the textbook Lewis discusses in “Men Without Chests” put it when considering someone referring to a waterfall as sublime or as pretty, “He was not making a remark about the waterfall itself, but about his feelings.”

Some, having concluded that our knowledge is too small, that our perspective is clouded, and that reality is too big to know, have decided the subjective is all there is. And it is true our myths of rationalism and objectivity need a strong wallop.

But, as Lewis points out, we find, surprisingly, that many of our values tend to be shared by others.

I think about movies, books, stories as we tell them. I think about some changes and more recent ideas. I sometimes roll my eyes when taking in ideas presented in major films and in the new genre of well-formed storytelling that has been happening on television for a decade now (TV is, on average, now better than film). I roll my eyes when I encounter what seem to me obvious attempts to subvert old values (heroism, good and evil, courage, etc.).

Many movies explore (and I think they should) the mystery of evil and its mixture with goodness. We see complex villains. Often the story attempts to make us sympathize with them. I suppose in some cases we are supposed to conclude that evil does not exist.

But I also notice, as Lewis puts it, that these story writers in many cases are “better than their principles.” While they may have an impulse to relativize, to question, I notice that our stories have not ceased to find emotional appeal in things like heroism, courage, and redemption.

A case in point is “3:10 to Yuma.” I just re-watched it this week. When Ben Wade decides to run to that train with Dan Evans, when he decides to shoot his band of evil cowboys, and even before that, when Dan tells the truth about his war experience and his desire for his son, the old values are coming through. They are what Lewis calls the Tao, the universal values which people cannot avoid and whose source is mysterious (unless you accept that they are divine and implanted in us).

But, the writers of that textbook might say, this is mere emotionalism. This is not sound reason. There is no purely rational reason to prefer these old values.

The title of Lewis’s essay comes from an idea by Plato. It is a simple idea, a good one:

There is no such thing as mere emotion or superior reason. We are holistic beings.

And a further corollary is that we need to be taught to feel emotion about these universal values. It is one of the things that worries people about children growing up practicing virtual violence. At some point, is it possible we will have masses of people for whom taking a life is as meaningless as eating a frozen burrito?

And yet, for all our supposed relativism, the movies still come back to a theme again and again. Even the cops and cowboys, the good ones, will say that though killing may be necessary, it is always hard taking a life, especially the first time.

Where does that value come from in a world where we are supposed to all be convinced life is mere biology? Why do we persist in believing life is more?

We are not men and women without chests — no matter how hard some people try to lead us that way.

1 Response to Men Without Chests