All in the Name of Messianic Judaism, Part 1 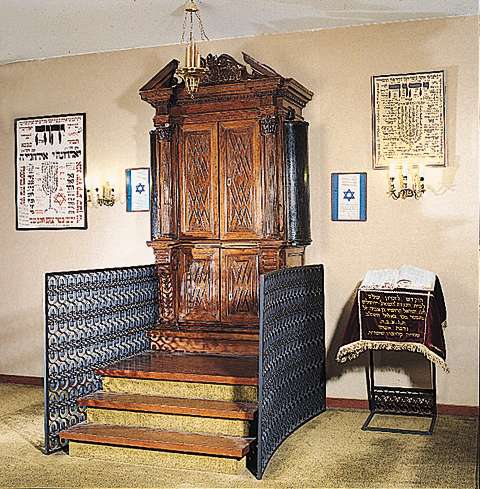 In late 1987, I discovered Jesus. Prior to this I had been agnostic or even atheist. About a week later, I found out Jesus was Jewish. I jumped in with both feet in learning about the Jewish aspect of Jesus and faith.

I remember the things that first excited me. First, it was wild to think that this whole Christian business had Jewish roots. It was scandalous, almost, mind-blowing. I felt, as a newcomer to the Christian scene, that it was like something the church had been missing and which needed to come to the light.

Second, I found the small amount of liturgy, tradition, and connectedness to the ancient past in Messianic Judaism to be far more interesting than the vanilla, traditionless worship at the mega-Baptist church I was attending. Now, granted the Messianic Jewish place I first attended had problems and wasn’t very steeped in Jewish tradition, but even a little bit went a long way. I was hooked.

Third, I like spirituality with roots in the “Old Testament.” Though I am a lover of the Pauline epistles, it was tiring at the Baptist church hearing only the same Pauline texts over and over again. And the hymns and choruses were tiring in that they repeated the same one or two themes over and over again (the experience of being saved seemed to be the one note the church sang about). But the words of the Psalms and prophets in the music of Lamb and Israel’s Hope was exciting, deep, poetically satisfying. The music of early Messianic Judaism moved me and it still does.

Fourth, I liked learning about the nation of Israel, Jewish history, the idea of God’s involvement with a people. I would go on later to enjoy church history for much the same reason. I needed to see that God was about more than contemporary American religion. But at church, we didn’t talk about history. Everything was practical and application-oriented. We’d hear about ten ways to a better marriage (I was single!), but never about Augustine or Calvin or Wesley. But at the Messianic synagogue we learned about the formation of the nation of Israel, about the tragedies of medieval Jewish history, the Holocaust, and so forth.

Fifth, I liked the emphasis in Messianic Judaism on rituals and observances in the week and the year. At the church I had learned the idea of daily Bible reading and prayer, which were very helpful. But it seemed something more was needed. The rhythm and regularity of Jewish observances made faith seem alive.

Sixth, and perhaps most important, I like the idea that holiness still exists. What I mean is this: in Judaism there are still holy things, while in the Christian stream I was involved with any suggestion that an object or season was holy was regarded as primitive, a throwback to pre-Christian “legalism.” But when the Ark was opened at the Messianic synagogue we stood. When the Torah was paraded, we faced it and did not let our backs be turned to it. We hallowed it with prayers before and after reading.

Jewish roots, Israel, spirituality from the Psalms and prophets of Israel, Jewish history, ritual, and holiness: these things made Messianic Judaism much richer than evangelical contemporary experience for me. And I had a sense of excitement, expectation, and transcendence in those days.

Dangerous and Unhealthy Fringe Beliefs and Practices
I don’t know if way back in 1988 I was innocent or if some of the weirder practices and beliefs loosely associated with Messianic Judaism did not exist. I suspect the internet is to blame for some of the mishugas (craziness) that passes in the name of “Messianic” and “Jewish roots” and “Hebraic” teaching today.

No one in the late 1980’s was talking about the sacred name idea. This is a fringe sect today, located mostly on the internet because its teaching is so not-compelling that it does not energize large groups in any one location. It is one of those movements that can give Messianic Judaism a bad name. How would you like it, fellow Messianic Jews and Gentiles, if a friend in another town decided to check out your faith and visited a local group where they call Jesus “Yahshuah”?

Sacred Name groups are cultic. They say “Jesus” is a pagan word. They use lame proofs such as “the last three letters in Jesus are derived from Zeus.” They don’t know Hebrew. Yah is a suffix in Hebrew names and never a prefix. “Yahshuah” is not a Hebrew name. It is ignorance masquerading as insider knowledge. They will say that Christians are all lost, pagan, deceived by Satan into worshipping Zeus and so on and so forth. Only the Sacred Name people have it right. This is a form of gnosticism.

No one in the late 1980’s was calling Christianity pagan. The Messianic synagogue I attended had tons of church visitors every week and a good relationship with pastors and churches. Christian leaders came to Messianic conferences. Now, mind you, there was an unhealthy attitude toward Judaism in this Messianic synagogue (“Judaism is devoid of God without Yeshua”), but the attitude toward the Church was one of mutual respect with some differences of opinion.

No one in the late 1980’s was obsessed with finding ways that non-Jews could claim Jewish identity. Now, mind you, there was a naive and unhealthy fixation on Jewish identity in some ways. People often looked for a Jewish ancestor (many Americans can find a Jewish ancestor if they dig deeply enough) which then could be turned into a claim of being Jewish. But people did not say, as is too often said now, “as a believer in Yeshua I am now part of the people of Israel.” For the most part, there were Jews and Gentiles and people were confident in their identity.

I did not hear ideas like “Two-House” and “Ephraimite” back then. I don’t want to denounce “Two-House” and “Ephraimite” beliefs too harshly as I have some friends who are persuaded by these beliefs. The basic idea (please someone correct me if this is wrong) is that many Christians (if not all) are crypto-Israelites, members of the so-called Lost Tribes of Israel (I say so-called because none of the tribes were really lost, as per Chronicles). Therefore, in the Two-House movement, non-Jews drawn to Jewish life claim their identity as Israelites and believe God is bringing back Israelite identity to those who had lost it and also that God is rejoining the Israelites and Jews per various prophecies in Ezekiel and elsewhere.

No one way back then subscribed to the various Christianity-is-pagan movements. I did not hear of Messianic Jews who rejected the writings of Paul or Messianics who denied that God is three-in-one or that Messiah is divine. While there was discomfort with some Christian practices at Christmas and Easter, no one was saying that Christians are lost because of a few syncretistic practices.

Summary and Coming Next…
Messianic Judaism was far from perfect, and at that time Judaism was under-appreciated, but relations with Christianity were good. Fringe groups and sects were rare. The focus was on the people of Israel (in the land and in the nations), Messiah, musical worship based on the Hebrew Bible, history, messianic expectation, and viewing the Bible holistically.

Today, a person encountering Messianic Judaism on the internet or at a local group has a better than average chance of encountering something weird, cultic, and fringe.

So, in the next installment, I want to talk about various kinds of Messianic Jewish and pseudo-Messianic Jewish groups and ideas. I could use your help in adding to the list or expressing your opinion about the various streams and kinds of MJ and MJ-related groups.

Let me start with a list, not a final one, of the various groups and streams (with some overlap), and I hope some of you will add to the list over the weekend (definitions wait until early next week). I start with my own stream (Hashivenu), work my way down through streams I feel are closest to mine, into those which are more Christian, and at the end streams which deviate into fringe cults. Note that all of these groups will at times use the label “Messianic”:

Please help me modify or add to this list with your suggestions.

20 Responses to All in the Name of Messianic Judaism, Part 1